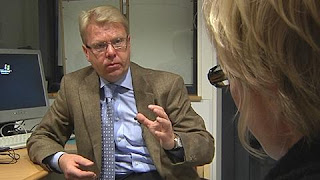 Jyrki:
I would send our best man
to handle these ‘moderate’ Taliban

What else can one say about such nonsense? Moderate Taliban? Compared to what? These bureaucrats try to appear like they know what they’re talking about, but the more they open up their mouths and put actual words to their thoughts, the more show themselves to be utter fools on these issues.
There is no such thing as a “moderate” fanatic, they’re earned their title of fanatic by being anything but “moderate”, but yet in spite of this amazingly clear truth, these dizzy government bureaucrats seek to defy reality. Fools.
Finland presently has a couple of hundred solidiers in Afghanistan working under the UN mandate given NATO to help the local population from being over run by the Islamic fundamentalist Taliban. The Finnish contingent has recently come under fire on a couple of occasions, and the politicians here are getting nervous, and some of them want to pull the troops out as soon as possible.