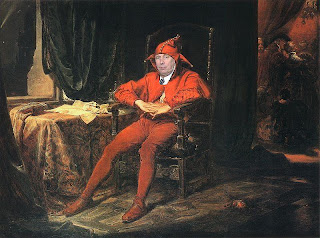 But that’s the default position of the legacy media, they’ll never admit to the fact that highly irrational criticism of Israel, on some level, indeed falls into the realm of anti-Semitism. For example, the narcissistic EIC of the Helsingin Sanomat, Janne Virkkunen, assured the crowd gathered at the Israel-seminar in Turku Finland, “that he’s neither an anti-Semite, nor anti-Israel,” but that “Israel can be criticized when it’s warranted, for example Israel’s continued building of settlements, though Israel is internationally committed not to continue building them.”

What a chump. Israel agreed to the Road Map “with 14 reservations“, which included the building of additional homes in existing settlements. The Oslo accords never mentioned anything about the expansion of settlements nor the building of new settlements in general, but reserved the issue for future negotiations. When it comes to the legality of the settlements as a whole, look no further than to one of the persons who helped to craft UNSC 242, Former Under-Secretary, Eugene Rostow:

Resolution 242, which as undersecretary of state for political affairs between 1966 and 1969 I helped produce, calls on the parties to make peace and allows Israel to administer the territories it occupied in 1967 until “a just and lasting peace in the Middle East” is achieved. When such a peace is made, Israel is required to withdraw its armed forces “from territories” it occupied during the Six-Day War–not from “the” territories nor from “all” the territories, but from some of the territories, which included the Sinai Desert, the West Bank, the Golan Heights, East Jerusalem, and the Gaza Strip. […]

The heated question of Israel’s settlements in the West Bank during the occupation period should be viewed in this perspective. The British Mandate recognized the right of the Jewish people to “close settlement” in the whole of the Mandated territory. It was provided that local conditions might require Great Britain to “postpone” or “withhold” Jewish settlement in what is now Jordan. This was done in 1922. But the Jewish right of settlement in Palestine west of the Jordan river, that is, in Israel, the West Bank, Jerusalem, and the Gaza Strip, was made unassailable. That right has never been terminated and cannot be terminated except by a recognized peace between Israel and its neighbors. And perhaps not even then, in view of Article 80 of the U.N. Charter, “the Palestine article,” which provides that “nothing in the Charter shall be construed … to alter in any manner the rights whatsoever of any states or any peoples or the terms of existing international instruments….”

Some governments have taken the view that under the Geneva Convention of 1949, which deals with the rights of civilians under military occupation, Jewish settlements in the West Bank are illegal, on the ground that the Convention prohibits an occupying power from flooding the occupied territory with its own citizens. President Carter supported this view, but President Reagan reversed him, specifically saying that the settlements are legal but that further settlements should be deferred since they pose a psychological obstacle to the peace process.

In any case, the issue of the legality of the settlements should not come up in the proposed conference, the purpose of which is to end the military occupation by making peace. When the occupation ends, the Geneva Convention becomes irrelevant. If there is to be any division of the West Bank between Israel and Jordan, the Jewish right of settlement recognized by the Mandate will have to be taken into account in the process of making peace.
This reading of Resolution 242 has always been the keystone of American policy. In launching a major peace initiative on September 1, 1982, President Reagan said, “I have personally followed and supported Israel’s heroic struggle for survival since the founding of the state of Israel thirty-four years ago: in the pre-1967 borders, Israel was barely ten miles wide at its narrowest point. The bulk of Israel’s population lived within artillery range of hostile Arab armies. I am not about to ask Israel to live that way again.”

The Helsingin Sanomat and the rest of the Finnish news media that takes its lead from that newspaper, will have to wrestle with the facts the Tundra Tabloids publishes here, in order to be taken seriously as a credible voice on the Arab-Israeli conflict. That they refuse to mention any of these facts only serves to underline their ideological biased views vis-a-vis the Jewish state of Israel, which at times, does indeed cross over into anti-Semitism.