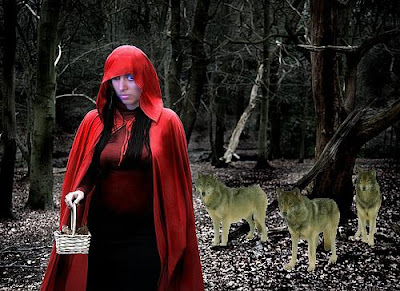 Apostate Rifqa Bary surrounded by CAIR
Pamela Geller at Atlas is live blogging it (here also) and Gates of Vienna has posted on it as well, also with the letter sent to Gerald A. Reynolds, the chairman of the U.S. Commission on Civil Rights, and Eric Holder, the Attorney General of the United States. Baron Bodissey notes that both letters sent were very similar but reprints the following sent to Gerald Reynolds.

We, as founders of Former Muslims United, respectfully request that your office inform us of your policies, programs and plans to protect and support former Muslims who because of authoritative Shariah doctrine, are the targets of discrimination, intimidation, assault, and the threat of execution. Your organization’s stated mission is “to study and collect information relating to discrimination or a denial of equal protection of the laws under the Constitution” and “to appraise federal laws and policies with respect to discrimination or denial of equal protection of the laws.” Please inform us how you apply this mission to former Muslims, the only group in the U.S. whose persecution and execution is permitted by a consensus of leading authorities of all schools of Shariah.
Please describe current and planned investigations on the Shariah doctrine concerning former Muslims, and on specific cases of civil rights abuses against former Muslims. Please describe as well the statistics and research processes in place for gathering information on civil rights abuses against former Muslims, and provide copies of any reports, speeches or press releases indicating the U.S. Commission on Civil Rights policies and programs protecting the rights of former Muslims.
The Commission’s powers include the right to hold hearings and issue subpoenas (within the state in which the hearing is being held and within a 100-mile radius of the site) for the production of documents and the attendance of witnesses at such hearings. The Commission also consults with representatives of federal, state, and local governments, and private organizations. We ask that you direct these powers to hold hearings, issue subpoenas and consult with such representatives concerning the immediate threats to civil rights of apostates from Islam in the United States. We are all aware of incidents of intimidation and threats of violence against former Muslims.
The recent case showing the lack of professionalism in the Florida Department of Law Enforcement investigation of the possible Shariah doctrinal threat against former Muslim Rifqa Bary, demonstrates the need for national policies and programs to educate law enforcement and other government officials officials about the threat to apostates from Shariah. We request that you review the possible civil rights abuses of Ms. Bary throughout the FDLE investigation. Of particular note was the fact that the FDLE interviewed Ms. Bary’s Muslim family, whom she had identified as a threat to her safety, in the presence of Mr. Babak Darvish and Mr. Romin Iqbal of the Council on American Islamic Relations, an organization named as an unindicted co-conspirator in the Holy Land Foundation trial by the U.S. Department of Justice, and from which the FBI has distanced their relations.
CAIR supports Shariah doctrine as “the ongoing consensus of Islamic scholars” and CAIR’s former legal director singled out as “one of the most famous Muslim scholars” the Sheikh Yusuf Al-Qaradawi, head of the European Council for Fatwa and Research and president of the International Union for Muslim Scholars. In 2006, Qaradawi issued an influential ruling on death for former Muslims, stating “the Muslim jurists are unanimous that apostates must be punished, yet they differ as to determining the kind of punishment to be inflicted upon them. The majority of them, including the four main schools of jurisprudence (Hanafi, Maliki, Shafi‘i, and Hanbali) as well as the other four schools of jurisprudence (the four Shiite schools of Az-Zaidiyyah, Al-Ithna-‘ashriyyah, Al-Ja‘fariyyah, and Az-Zaheriyyah) agree that apostates must be executed.”
The FDLE investigation and its involvement with CAIR may be representative of a lack of knowledge throughout the law enforcement and social services communities about Shariah doctrine. If investigations of possible death threats against apostates from Islam are influenced by organizations, such as CAIR, that support Shariah scholars who endorse death threats against apostates, we think that is a serious problem worthy of your immediate attention.
We look forward to learning about your efforts in protecting the civil rights of former Muslims, and particularly of Ms. Bary. Our organization is launching a national campaign to ask Muslim leaders to sign “The Muslim Pledge for Religious Freedom and Safety from Harm for Former Muslims.” We enclose a copy of that pledge, and a representative cover letter, for your reference.