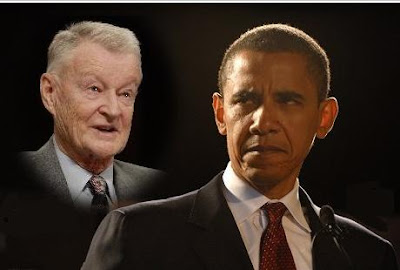 Zbigniew Brzezinski:
It’s the Jews Obama, it’s the Jews….
The kind of people president Obama staffs his administration with, should tell us greatly about the man himself. While it’s healthy for the president to entertain diverse opinion from a select panel of advisors, what the Tundra Tabloids fails to understand however, is why he seeks advice from a man who believes in conspiracy theories, especially when they involve the only ally the US has in the Middle East region?

I read about this incident early this morning, and am finally getting around to blogging about it. It’s one of those stories that, unless one had read enough about the subject material at hand, it might be passed over entirely due to misunderstanding the context of the statement in question. Over at the Weekly Standard, Michael Goldfarb, writes the following:

Brezinski Calls for Obama to Shoot Down Israeli Jets;
“A Liberty in Reverse”Weekly Standard

In a little noticed interview with the Daily Beast (presumably little noticed because serious people don’t read the Daily Beast), Zbigniew Brzezinski suggests that Barack Obama do more than just refuse to support an Israeli strike on Iran’s nuclear sites — the American president must give the order to shoot down Israeli aircraft as they cross Iraqi airspace:

DB: How aggressive can Obama be in insisting to the Israelis that a military strike might be in America’s worst interest?

Brzezinski: We are not exactly impotent little babies. They have to fly over our airspace in Iraq. Are we just going to sit there and watch?

DB: What if they fly over anyway?

Brzezinski: Well, we have to be serious about denying them that right. That means a denial where you aren’t just saying it. If they fly over, you go up and confront them. They have the choice of turning back or not. No one wishes for this but it could be a Liberty in reverse.

Contrary to Brezinski’s half-hearted disclaimer that no one wishes for such an outcome, there are plenty on the left who would delight in a pitched battle between the United States and Israel. Democrats in Congress routinely support resolutions affirming Israel’s right to take whatever steps it deems necessary to assure its own national defense. And Obama has at least paid lip service to the concept. But hostility to Israel among the rank and file is very real on the left — and among “realists.”

So conjure the image — the Obama administration sending U.S. aircraft up to protect Iran’s airspace and it’s nuclear installations from an attack by a democracy that is one of America’s closest allies. Unfortunately, this may not be so hard to imagine in Israel, where the number of people who believe Obama is pro-Israel is at just 4 percent — and falling. And given Obama’s (literally) submissive posture to the Saudis, his indulgence of the Iranians, and his simultaneously hard-line approach to Israel, it seems even some of Obama’s supporters can savor the possibility of a “reverse Liberty.”

Now, taken at face value, the story by itself is bad enough. Advising the US president to fire upon an ally if it fails to act according to his expressed wishes, should give pause to any of Israel’s supporters who also support the US president. Samantha Power, another of Obama’s close advisors, had even advised the invasion of Israel to impose a settlement on Israel and the Palestinians.

But there is another dimension to the story that deserves exploring, that being, what Zbigniew Brzezinski, actually meant when he stated: “Well, we have to be serious about denying them that right. That means a denial where you aren’t just saying it. If they fly over, you go up and confront them. They have the choice of turning back or not. No one wishes for this but it could be a Liberty in reverse.”

What Brzezinski was referring to of course, was the USS Liberty incident, in which the US ship, the USS Liberty was attacked by Israel during the last days of the 67′ war between Israel and the invading armies of Egypt, Syria, Jordan, with Iraq, Saudi Arabia, Sudan, Tunisia, Morocco and Algeria supplying troops as well.

During the heat of battle and accompanied by a host of failures on both sides of the incident, the US surveillance ship was attacked by both Israeli Airforce and Navy, in a series of deliberate attacks lasting over a period of some fifteen minutes. In the book The Liberty Incident, A.Jay Cristol writes the following:

“There is an old U.S. Marine Corps adage that is perhaps appropiate here: “Never attribute malice that which can be explained by stupidity.”

What the author is alluding to is, stupid, and very deadly stupid things happen in the fog of war, and the USS Liberty Incident is one of those stupid, but deadly, friendly fire incidents. The same happens in every war, most recently in Operation Iraqi Freedom, where the US command came under great criticism for it repeated friendly fire incidents. Yet, none of the US’s allies are blaming the US milititary for purposely killing its soldiers, they know all too well that sh*t happens during war and friendly fire incidents occur and will continue to occur as long as there is a human element involved.

But that doesn’t stop the anti-Israel conspiracists from bringing up the lame charge against Israel, that it intentionally targeted the US ship, knowing full well that it was indeed a US ship, to cover up some other supposed Israeli misdeed elsewhere. That Obama’s chief foreign policy advisor buys into the USS Liberty conspiracy is troublesome, because the US president deems Brzezinski’s advice as worthy enough to consider.

This is as serious as it gets. KGS