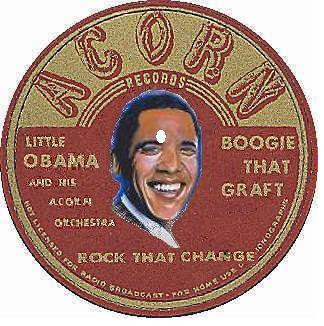 NOTE: Below the article are the earlier original videos.
Second Video Shows ACORN Officials Helping
‘Pimp,’ ‘Prostitute’ in Washington Office
One day after two ACORN officials in Baltimore were fired for offering to help a man and woman posing as a pimp and prostitute to engage in child prostitution and a series of tax crimes, another secretly shot videotape has surfaced that shows the same couple getting similar advice from ACORN officers in Washington.
The newly released videotape, shot on July 25, shows ACORN staffers explaining to the pair how they can hide the woman’s professed work — prostitution — and get a loan that will help them establish a brothel.
James O’Keefe, a 25-year-old independent filmmaker, posed as the pimp while visiting the ACORN office, accompanied by 20-year-old Hannah Giles, who posed as the prostitute. On a videotape provided to FOXNews.com, they are seen receiving guidance to establish the woman as the sole proprietor of a bogus company to mask the nature of her business.
“She’s not going to put on (the loan application) that she’s doing prostitution … she doesn’t have to,” the ACORN staffer says. “You don’t have to sit back and tell people what you do.”
• Click here to see video.
The ACORN staffer is heard suggesting that O’Keefe can purchase a house, and as the landlord, if he is ever questioned by authorities, he can say he was unaware of the illegal business going on inside.

Atlas: A ‘straight’ couple poses as a prostitute and her older pimp. They seek advice from Acorn on how to run a brothel with underage, illegal prostitutes from El Salvador. They make it clear he plans to use the whorehouse profits to launch a political career. Acorn is totally down with this. I mean, why not? Acorn tells them how to avoid paying taxes, how to “cover their ass” with lies as they use the teen age girls’ bodies for their profit and how to launder the sex dollars – all while very young children are heard prattling in the background.”