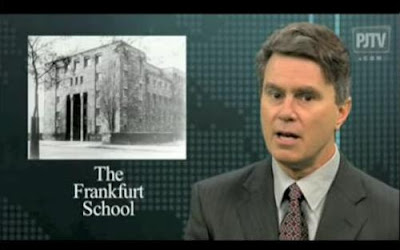 This is the driving force behind the idea of multiculturalism that has become ever increasingly loud after the fall of the Soviet Union, it’s the Marxist/Socialist’s version of the stealth jihad.
Taking over key institutions instrumental in deciding social policies over the last five to six decades, members of the hard-Left that have exerted great influence in implementing their “culturalist policies”, and then defending them with their already accepted dogma of political correctness.

This is a truly enlightening video, and thanks to Vlad Tepes for once again doing the grunt work for us all. Very much appreciated. KGS

PJTV The Narative plus History PC from Vlad Tepes on Vimeo.

Vlad Tepes: “Please take the twelve minutes to watch this superb analysis of modern American leftism and it’s genesis. At the end of this short clip, they suggest going to youtube and searching for a documentary which is broken into three parts on the history of political correctness as a deliberate strategy for undermining western civilization. I took the liberty of finding them and adding them here so no need to search. Please enjoy and send the link far and wide. I believe this needs to be commonly known.”

PJTV’s Bill Whittle: “The great ensight gained by the Frankfurt School was to Divorce Marxism from economics and marry it to the culture”