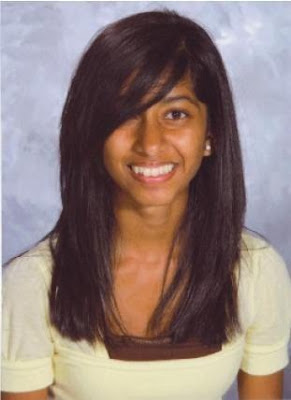 The Tundra Tabloids friend and colleague, Dr.Andrew Bostom, weighs in with his views and concerns about the handling of the Rifqa Bary case by the US main stream media, over at the American Thinker. The details that are being fleshed out by Pamela Geller at Atlas Shrugs are so voluminous, that it’s wise to just send the TT’s readers over to her blog and read it all there. Her work in uncovering the details behind the story are to be congratulated.Tundra Tabloids good friend and fellow blogger, TINSC, also has a good angle that needs to be fleshed out in order to complete the investigation of the story, that being, the people in Florida involved with offering Rifqa protection. The MSM has pretty much relegated them into the role of “troublemakers”, but in order to stem any more mudslinging in their direction, it would be healthy to find out more about them. Who these people are and what they represent, etc..But as the TT has stated before, in situations such as this, when claims of violence are being leveled, law officials should ALWAYS side with the person making the complaint until it’s proven otherwise. That said, Pamela has been doing a lioness’s job (which means doing all of the grunt work) in getting this story to the light of day. It would be great if other US bloggers would start helping in the effort and do as thorough of an investigation on the people protecting Rifqa, as Pamela is doing on the situation as a whole.Read Geller’s latest about the lying Rifqa Bary’s parents, Mohamed and Aysha have been doing in regards to their financial status, claiming themselves to be indigents to secure free legal consul in Florida, though they are indeed wealthy business people in Ohio. It goes a long way in proving the credibility of the parents and the honesty of the MSM in getting to the details behind this story, something of which has been pretty much left to one solitary blogger, Pamela Geller at Atlas Shrugs. KGSKilling RifqaBy Andrew Bostom