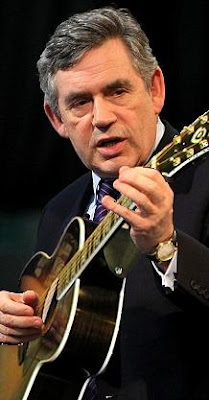 You can’t make this stuff up if you tried. The more you learn of this the more your stomach turns. Letting terrorists out of jail before their time is served is a miscarriage of justice, and Brown & Co are making a mockery out of justice in spades. When will the British get rid of this guy and his party? What a bunch of maroons. KGS H/T: GaiaDear Muammar… Happy Ramadan, Brown’s letter to Gaddafi
as FBI boss launches blistering attack at Lockerbie bomber’s release

The the British and Scottish governments were facing acute pressure today over the release of the Lockerbie bomber after the most stinging criticism yet of the move.In an unprecedented attack, FBI director Robert Mueller told the Scottish Justice Secretary he was ‘outraged’ at the release of Abdelbaset Ali Al Megrahi, saying it made a mockery of the law and gave comfort to terrorists.Former Scottish First Minister Jack McConnell also slammed the decision, saying it was a ‘grave error of judgment’ which had damaged the reputation of Scotland.

The letter sent by FBI director Robert Mueller to Scotland’s Justice Secretary Kenny MacAskillDear Mr Secretary
Over the years I have been a prosecutor, and recently as the Director of the FBI, I have made it a practice not to comment on the actions of other prosecutors, since only the prosecutor handling the case has all the facts and the law before him in reaching the appropriate decision.