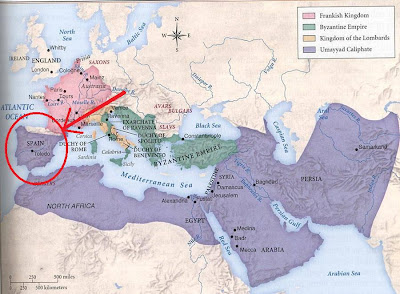 That’s what happens when your state has a history of being ruled by Islamic imperialism, you still find it hard to shed the last vestiges of Stockholm syndrome mentality, even though centuries have gone by. Bottom line, Spain’s policy is as follows, it’s ok for Arabs to build in Jerusalem, but not Jews. KGS

The Spanish government is paying for 42 people to come here and help rebuild two Palestinian homes that Israel deemed illegal and tore down in Anata in northeast Jerusalem, according to the director of the organization in charge of the project.

Jeff Halper, the director of the Israel Committee Against House Demolitions (ICAHD), which is holding its seventh annual summer “rebuilding camp,” said volunteers from all over Europe, Latin America, Spain, the United States, South Africa, Asia, and Australia are currently in the country to rebuild two homes demolished in Anata.

“In particular, there are about 42 people from Spain in the camp, and the Spanish government is funding the camp again this year. They have paid for the 42 tickets of young people to come to the work camp, so that is pretty interesting that governments are starting to encourage people to come and resist the occupation,” Halper told The Jerusalem Post.

The Spanish Foreign Ministry’s agency for international development cooperation, Aecid, allocated some €80,000 in 2009 to ICAHD. In addition, it allocated €80,000 this year for Breaking the Silence, €100,000 for the Association for Civil Rights in Israel, and has promised to allocate €70,000 for Rabbis for Human Rights.

“Europe believes in peace and reconciliation, in a two-state solution with a non-violent path to that solution,” he said. “It would indeed be strange if European money were going to an NGO headed by an individual who both rejects a two-state solution, and who justifies terrorism.”

Regev was referring to past comments and writings by Halper, a veteran activist on the extreme Left.

One Israeli-based Spanish diplomat, who did not know the details of the camp, had no comment on the matter. He said that while there were discussions with Israel following Jerusalem Post revelations last month that Spain was helping to fund Breaking the Silence, Spain did not receive any formal request from Israel to stop funding that organization or any other NGO.

Deputy Foreign Minister Danny Ayalon, who did not know about the ICAHD summer camp, said that Israel respected “all countries, especially democracies, and we expect them to respect us.

“Israel is a very strong democracy, with a democratic tradition – a strong one – with the rule of law and independence of the judicial branch. NGOs are entitled to have their agendas, but when they cross the line into domestic issues, into internal political issues, it is a dangerous line.”