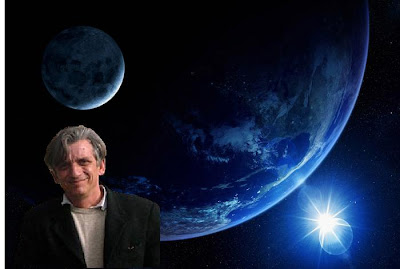 The HBL’s Mats Gezelius:So what if I lied, my activism
demands a little now and then!
The Tundra Tabloids has been quietly following this story over the past week, concerning a biased report filed on the 15th of this month in the Finnish Swedish language newspaper, Hufvudstadsbladet, by journo-hack activist, Mats Gezelius. The man has a long history of anti-Israel biased reporting, which unfortunately is par for the course for most European journalists working the Middle East beat. This time around, Mats Gezelius LIES to the Finnish-Swedish public in an op-ed rebuttal to Daniel Brunell, concerning the IDF and the responsibilty a soldier has in reporting incidents of wrong doing during time of battle and peace. Brunell showed the rare courage (something of which Gezelius lacks) in writing an op-ed criticizing an article (nonsense posing as serious journalism) by Gezelius, that took word for word Breaking the Silence organization’s claims about IDF activities during Operation Cast Lead.Gezelius clearly gave the Arabs and the ‘BS’ group a whole lot of street cred, something of which Brunell took issue with. Unfortunately the TT doesn’t have the initial article or Brunell’s op-ed translated, but I do have pseudo journalist Mats Gezelius’ rebuttal that appeared on the 25th of July. Click the picture for an enlargement. The report from “Breaking the silence” is based on interviews with soldiers who were actually on site in Gaza, regarding what they witnessed, saw and experienced. “Breaking the silence” by publicizing one’s experiences and what one perceives as unfair is a crime for an Israeli soldier, which explains why certain “identifying” details have been excluded from the report. However, the report’s authors are familiar with these details, allowing them to compare witness statements with one another and with other known facts. As Yehuda Shaul, Secretary General for Breaking the Silence put it, all it requires is for one fact to be incorrect for the entire report to be buried.
Daniel Brunell points out that Gaza City has not been totally destroyed, thankfully. But other cities and towns have been. I myself have been in Beit Lahiyya and Beit Hanoun after the war, and the only personal reference point I had was when I arrived in Bam in Iran after the massive earthquake there: total destruction. Brunell also cites an English officer, who to the best of my knowledge did not participate in the fighting in Gaza, has not visited Gaza after the war and has not undertaken any independent investigation of the events surrounding the war.

A very reliable and well placed Israeli MFA source tells the Tundra Tabloids that:”It is forbidden to give away confidential information (for example, such information could be size of units who acted or their way of action). Not only that this kind of information (mentioned by Mr. Gezelius) is not confidential, but according to previous cases reviewed by Israeli Supreme Court of Justice, there are certain actions, which a soldier must not take part in, even if he is ordered to do so. It would be illegal by him to obey orders that bluntly violate human rights and harm people, without a just cause. The best proof is that, no measures were taken ever against soldiers or civilians who revealed wrong doing in the IDF or in any other governmental organ.”This means that Gezelius is caught red-handed LYING IN PUBLIC. Here’s a few things to ponder. Unless Gezelius himself was one of the report’s co-authors, how does he know all this wealth of detail that exonerates the unsubstantiated claims of the mysteriously unidentified “Israeli soldiers” while at the same time failing to give any account of the totally substantiated claims of the Israeli soldiers who testified to the very opposite? How does he know when the damage to Beit Lahiyya and Beit Hanoun was caused – how does he know that what he saw were not carefully stage-managed props created specifically for foreign journos? This was the way the “damage to civilian ambulances” was portrayed by Hizbollah in the Lebanon – even though the ambulances were old rusting scrappers that had been junked years ago after breaking down – the “missile holes” in the roofs were where the lights/sirens/vents had been carefully removed for refitting in new ambulances! Or is his position that anything an Arab claims, if it condemns Israel’s position, is by definition true, while anything an Israeli claims, if it explains Israel’s position, is by definition false? Another thing: is Gezelius a journalist reporting dispassionately on what he sees – that is to say ALL he sees – or is he part of the Palestinian effort? It is perfectly legitimate to be part of the Palestinian effort, but how is that consistent with his claim to be a journalist, someone who is required to report what is in the field? Not just a portion of what is in the field. And finally: what command of history and fact does Gezelius claim to have if he cannot even distinguish between a British military officer and an English (his version) military officer. Brunell is perfectly correct in quoting Kemp as being an officer of the British armed forces in Afghanistan. What level of historical and fact-based incompetence does it take a self-professed “journalist” like Gezelius to automatically assume Kemp is English, why can he not be Scots, Welsh or Irish? Is Gezelius simply a racist who disregards these other 3 British minorities, just like he totally and utterly disregards the Middle East’s Israeli minority?