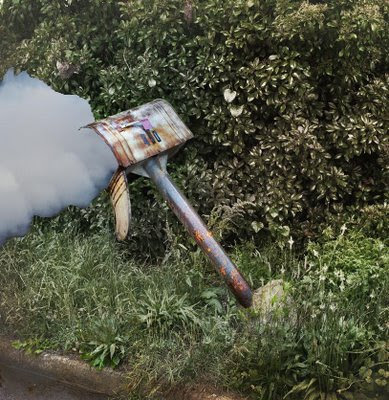 The shock and the horror of it all!

My, my, my. When you’re ‘offended’ and have nothing else to offer (like a valid counter argument), be sure to use that old mythical unicorn of labels, ‘Islamophobia’, and pepper it with calls of ‘racism’ in order to get out of a very tight squeeze. Intellectual debates for people like this are avoided at all costs, drive-by smear jobs are the preferred method for these intellectually lazy nit wits.

Enter the blogger, Lion of the Wasteland, from the blog World War X, who makes the following erroneous statements to a Tundra Tabloids’ post concerning the Iranian elections.

LOTW: “Just another Islamophobic website. You’re a drop in the ocean and no matter what you say or do Islam will see no harm from your lies 🙂 Suomi on suvaitsevainen maa ja sinä olet pelkkä rasisti eikä kukaan kuuntele rasistia.” The portion in Finnish reads: “Finland is a tolerant country and you’re just a racist, no one listens to racists.“

I’m not upset about such a wildly bogus claim, I just happen to find it interesting and a chance to expose the person for what he is, an intellectually challenged coward who sides with the followers of an oppressive ideology. The TT made a cursory inspection of LOTW’s blog, and found the following pearls that reveal where he’s coming from, besides from the city of Helsinki.

“Yet the western and Finnish media spin this story all round. The number of countries that remained and applauded Ahmadinejad is not even mentioned by Yle or MTV3. They just ridicule Ahmadinejad without even telling us what he actually said! MTV3 actually headlining its news that Ahmadinejad talks crazy again!!! Well I for one am so happy to see it so clearly how hipocritical the world order is. 31 countries vs 104 yet the story is these 104 countries are crazy nutters and dont know how to shut up! You cant talk bad against a racist country like Israel; where non-JEWS get DIFFERENT coloured lisence plates on their cars; at an anti racism conference!”

So LOTW sees no problem in voicing his approval for a promoter of genocide and a Holocaust denier, yet he’ll label the Tundra Tabloids as racist. How quaint. He can’t even get his facts straight about Israel. All of its citizens living in Israel proper, have the same colored plates, only those who live within the disputed territories have different plates for easier recognition.

LOTW makes no mention however, of the stated Arab demands for the same areas to be free of Jews, (read = apartheid) as well as the open religious supremacist agenda of Fakestinians, which includes the Fattah and Hamas. Not one word is mentioned in his post about Hamas’ charter that borrows huge portions from the racist Protocols of Zion,

“The Zionist plan is limitless. After Palestine, the Zionists aspire to expand from the Nile to the Euphrates. When they will have digested the region they overtook, they will aspire to further expansion, and so on. Their plan is embodied in the “Protocols of the Elders of Zion”, and their present conduct is the best proof of what we are saying.”

Funny LOTW makes no mention of this at all. He’s either a Finnish convert to Islam, or a Muslim immigrant/refugee who’s upset that any person would dare to criticize Islam. We’re all ”waycists” and islamophobes for doing so, though “Islamophobia” is fake label and race has never been the issue, just ideology, which Islam certainly is. KGS

Note: He even rejects the term “Islamists”, which the TT does as well, but for different reasons, and considers its usage as …yes, racism.