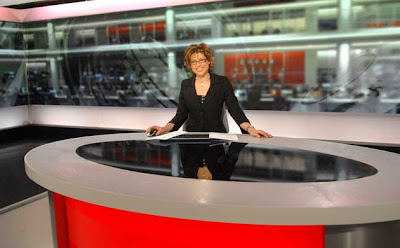 Trust our version of the story every time!
From Europe News comes the following hat tip, concerning the Al-BBC’s white wash of a recent act of violence, by painting it as a local “domestic thing” with no mention whatsoever of the perps’ and victim’s background. It turns out to have been a Muslim religious motivated attack, or an atempted honor killing. The Al-Beeb has it this way:
Two men charged over acid attack
Two men are due to appear in court charged with trying to kill a man by pouring sulphuric acid down his throat. The 24-year-old victim, who is believed to be Danish, was also stabbed twice in the back in Leytonstone, east London, on 2 July. He remains in hospital in a critical but stable condition after suffering 90% burns. The men, aged 19 and 25, are due to appear at Waltham Forest Magistrates’ Court charged with attempted murder. Seven people were originally arrested in connection with the inquiry. The charged men cannot be named for legal reasons.
At Danmarks Radio, under Nyheder, there is a more accurate version of the same happening:

A 24-year Danish citizen of Asian origin was assaulted and had acid poured down his throat in London. The information service of the Danish Foreign Affairs Ministry confirms his Danish citizenship.”What we can confirm from the side of the Ministry is that a Danish citizen has been assaulted with acid. It took place roughly three weeks ago, and the family has been informed”, says Inge Durant, speaking for the Ministry.A group of masked men assaulted the 24-year old and poured acid on his throat, face and most of his body.
They also stabbed him repeatedly with a knife. The 24-year Muslim has severe burns on 90 percent of his body and is not expected to survive, writes the daily Evening Standard. Police now attempts to protect the Muslim woman who had an affair with the victim. The police considers her to be in acute danger of being killed. So far, two men aged 19 and 25 are arrested, charged with attempted murder. Both men are relatives of the young Muslim woman, who is married.

H/T EuropeNews
UPDATE: Vlad Tepes comes through!
Gaia: Woman was given an Osman warning. The police warn them that their life is in danger, but say it is because of their life style. More than 1,000 “Osman” warnings are issued a year. A legal ruling directing that police have a “duty of care” to issue alerts was introduced after officers failed to protect people from a teacher suffering from psychotic tendencies in 1988. Paul Paget-Lewis shot and wounded a former pupil, Ahmet Osman, with whom he had become obsessed, and killed his father and two others.