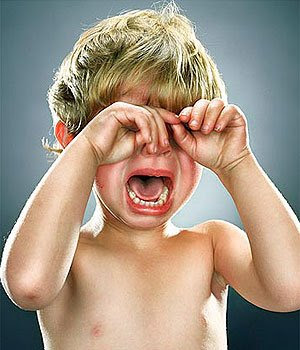 Michael Totten: “Instead of referring to me by name,
he (Spencer) sarcastically dismisses me as a “learned analyst” WAAAAAAAAAAAAAAAAAAAAAAAAAAAAAAA
Middle East blogger/journalist, Michael Totten, has a chip on his shoulder over a recent Robert Spencer post where the latter supposedly “dismisses” Totten’s take on the situation inside Iraq. Concerning the withdrawal of US troops from key Iraqi cities as well as the words of Iraq’s Prime Minister, Nouri al-Maliki, where he expressed his “delight in the victory”, Spencer supposedly takes a direct potshot at the great Totten himself.Totten:

Robert Spencer, founder and lead writer for Jihad Watch, has a bit of trouble telling the difference between friend and foe in Iraq and still thinks, despite everything, that the United States is losing the war.

Instead of referring to me by name, he sarcastically dismisses me as a “learned analyst,” as he does with President Barack Obama and his advisors, while scoffing at a long dispatch I published last week. “No insurgent or terrorist group can declare victory or claim Americans are evacuating Iraq’s cities because they were beaten,” I wrote. Spencer acknowledges that Iraq’s Prime Minister Nouri al-Maliki isn’t the leader of an insurgent or terrorist group. But he maintains that my statement is “breathtaking in its disconnect from reality” because Maliki declared the withdrawal of American troops from Iraq’s cities “a great victory.”

We are not, and never have been, at war with Prime Minister Maliki. Everyone with even a pedestrian familiarity with events in Iraq during the last couple of years knows that American soldiers and Marines have fought alongside Maliki’s Iraqi soldiers and police against common enemies – Al Qaeda in Iraq and the various offshoots and branches of Moqtada al Sadr’s Mahdi Army militia.

FULL STOP.Though Totten correctly points out he is never mentioned in the Spencer article, nowhere does Spencer mention the long dispatch of Totten’s he was supposedly scoffing at either. Spencer:

And yet despite the fact that Maliki himself, and many of his countrymen, have taken this view, the learned analysts still maintain that “the United States has basically won the war in Iraq. No insurgent or terrorist group can declare victory or claim Americans are evacuating Iraq’s cities because they were beaten.” I guess the Iraqi Prime Minister doesn’t qualify as an “insurgent or terrorist group,” but this statement is still breathtaking in its disconnect from reality. Iraqi crowds are chanting, “America has left! Baghdad is victorious!,” the Prime Minister himself is declaring victory over the Americans, and some people are taking seriously an analysis that says no one in Iraq can declare victory.

Michael Totten has an over inflated sense of self worth, “IT MUST BE ME” that Spencer is talking and scoffing about, not any of the other dozens of ME armchair analysts that support a similar view on Iraq. Whether or not Spencer was indeed referring to the Totten piece or not, is for Spencer to say, but the arrogance of Totten here can’t be overlooked. KGS