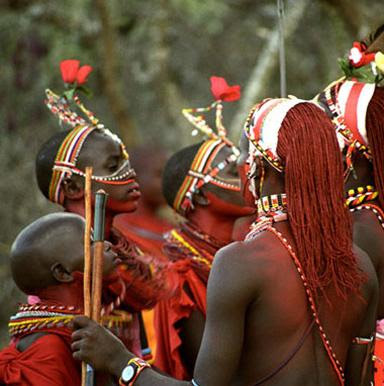 A doomed culture if Islam touches it

The trouble with Black Muslims

Even Obama cannot say it. But someone has to say it.

We cannot be talking about this season of hate without mentioning the steep decline into actionable hate by misguided black Muslims.

“You’ve been brainwashed,” the man said to me.
“By whom?” I asked.
“By the blue-eyed white devils who run the world.”
“O’ yeah.”
“They don’t want you to know the truth.”
“Like what?”
“Like all the great things our forefathers did.”
“Like what?”
“Bro, you have to open your eyes. We have to get on with the program of our forefathers.” “And what is that program?”
That was how we began a discussion about the world and the place of the black man in it.
“Why are you a Muslim?” I asked him at one point.
“Because my people were Muslims before the blue-eyed white devils bought us and brought us to America as slaves and forced us to be Christians and to worship a blue-eyed Christ.”
“O’ yeah.”
“Yes!”
“But I am from Africa and my grandfather was never a Muslim nor was he a Christian.”
He was shocked when I said that.

“It is OK if you want to be a Muslim and follow Elijah Muhammed and changed your name to Muhammed, too. But don’t tell me you are trying to be like your forefathers,” I said. […]

Some of these people are carrying their misguided and misrepresented history and anger out in the open and are even planning to act on them. It concerns me. And it should concern you, too.

First of all, I came from a country where there are Muslims. Those who have Arabic features assume superior position over those who are black. In many instances, the black Muslims are totally disregarded, treated as inconsequential.

I have asked black Muslims mad at how white people treated black slaves to ask themselves were the millions of slaves the Arab world took from Africa were? They disappeared. They were used and disposed of. If not, the Arab world would be booming with its own share of black men and women.

I have asked black Muslims mad at the “war” between the West and Islam to look at the genocide in Darfur and find out how Muslims treat their black brothers and sisters.

In Africa, the homeland of all black people, Islam came from the Middle East and Christianity came from Europe and they all exerted inordinate damage. But where Islam touched, there is no recognition of the ways of life of the people. Islam, being a way of life, swallowed all that was African in the people.

All black people must think before they jump from frying pan to fire. And before you pick up arms to fight for those Talibans dying in Afghanistan, spare a minute for two million children who die of malaria each year in Sub-Saharan Africa. Those are your people. For real!