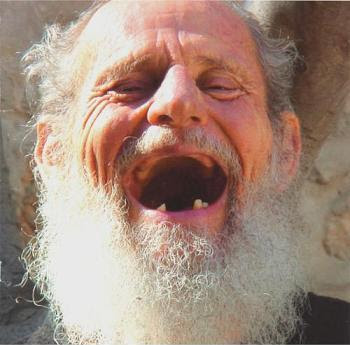 You’ve got to be kidding me!The UN is over-run by the member states of the Organization of the Islamic Conference, so it should come as no surprise, whatsoever, when the UNHRC (an agency that’s headed by the worst of worst human rights offending states) sponsors a study that supports the anti-human rights Muslim institution of Islamic law, sharia, as being the foundation for refugee policies for the UN.I only need to point to the UNWRA as proof of how silly the Cairo “study” is, for it’s partly responsible for keeping tens of thousands of Arabs (called Palestinians) in refugee camps over the last six decades, as well as Arab/Muslim states refusing to allow these people to become citizens of the states they live in. Sharia = humanitarian practices indeed, what malarkey.What a joke of a report, throughout the 1400 year old history of Islam, people have been made refugees by the founder of that desert cult, as well as in centuries after his demise. Yes Jews were made welcome by the Muslims in parts of Spain (that they conquered from Christians) during the time of the Inquisition, but they were never considered equals to a Muslim, and they had to pay the jizya (poll tax) in order to maintain the status quo.Everything that the UNHCR High Commissioner, Antonio Guterres, says should be taken with a grain of salt, for he’s just taking his marching orders from the ever increasingly powerful, OIC. He’s a classic stooge and a dhimmi, and no doubt the Cairo clerics are rolling in the aisles over that on, with back slaps and high fives all around. KGSH/T: Vlad TepesUN: Islamic law is major influence on refugee law, says study

New York, 23 June (AKI) – The 1,400-year-old Islamic custom of welcoming people fleeing persecution has had more influence on modern international refugee law than any other traditional source, according to a new study sponsored by the United Nations High Commissioner for Refugees (UNHCR).High Commissioner Antonio Guterres said that more than any other historical source, Islamic law and tradition underpin the modern-day legal framework on which UNHCR bases its global activities on behalf of the tens of millions of people forced from their homes around the world.This includes the right of everyone to seek asylum as well as prohibitions against sending those needing protection back into danger, Guterres said in the foreword to “The Right to Asylum between Islamic Sharia and International Refugee Law: A Comparative Study.” In the study, Professor Abu Al-Wafa, Dean of the Law Faculty at Cairo University, describes how Islamic law and tradition respects refugees, including non-Muslims; forbids forcing them to change their beliefs; avoids compromising their rights; seeks to reunite families; and guarantees the protection of their lives and property.“The international community should value this 14-century-old tradition of generosity and hospitality and recognize its contributions to modern law,” wrote Guterres. He said that “racism, xenophobia and populist fear-mongering manipulate public opinion and confuse refugees with illegal migrants and even terrorists.”These attitudes have contributed to misperceptions about Islam, and Muslim refugees – who account for the majority – have paid the price, said Guterres. “Let us be clear: refugees are not terrorists. They are first and foremost the victims of terrorism. This book reminds us of our duty to counter such attitudes.”The study, published by UNHCR in cooperation with Naif Arab University and the Organisation of the Islamic Conference, is scheduled to be launched on Tuesday at Naif Arab University in Riyadh, Saudi Arabia.