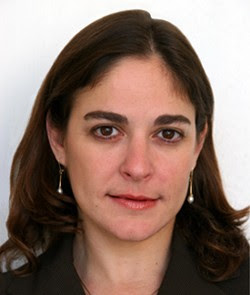 Caroline Glick: Obama lives in his own fantasy land

“To be moved by rational argument, a person has to be open to rational discourse. And what we have witnessed over the past week with the Obama administration’s reactions to both North Korea’s nuclear brinksmanship and Iran’s sham elections is that its foreign policy is not informed by rationality but by the president’s morally relative, post-modern ideology. In this anti-intellectual and anti-rational climate, Netanyahu’s speech has little chance of making a lasting impact on the White House.”

It’s increasingly clear that sane foreign policies emanating from the White House to the world at large, will be in very short supply. Obama has thus far, proven himself to be the under acheiver that many of us knew he was (buy apparently not enough of us due to his sitting in the WH). It’s therefore a shame and an embaressment to see foreign leaders having to take the president by the hand and point out to him the obvious that most of us know as fact, and then observe that he’s encapable of comprehending it.

Caroline Glick takes the time to spell out the reasons why Israeli PM, Binyamin Netanyahu’s speech was correct and where he got it wrong, and why it won’t matter much in the long run to the Apologizer-In-Chief, because he is totally wrapped in the fuzzy headed logic of his Leftist ideology. Obama’s refusal to acknowldege the heart of the conflict between the Arabs and Israel, the rejection of the Jewish state, is reason enough to assume that there is nothing good awaiting Israel for the next 3.5 years from Washington.

ALL OF THIS brings us back to Israel – and Netanyahu’s speech about the nature and causes of the Palestinian conflict and the conditions that must be met if peace is ever to be achieved. His address aimed in two ways to lower US pressure while averting an open confrontation with a president whose approval ratings remain above 60 percent. First, Netanyahu demonstrated that through their consistent rejection of Israel’s right to exist as the Jewish state, the Palestinians – not us – are the side responsible for the absence of Middle East peace.

Obama has also refused to reconsider his decision to reach a grand bargain with the ayatollahs on Iran’s nuclear weapons program that would serve to legitimize their continued grip on power. His refusal to make a moral distinction between the mullahs and their democratic opponents – like his refusal in Cairo to make a moral distinction between a nuclear-armed Iran and a nuclear-armed America – makes clear that he is not interested in forging a factually accurate or morally clear-sighted foreign policy.

Irrespective of its impact on the Obama administration, Netanyahu’s speech was a positive contribution to the general discourse on the Middle East and Israel’s place in it. He made good use of his opportunity to address the nation above the heads of the uniformly leftist media to forge a new definition of the national consensus. Whereas his defeatist predecessors consistently spoke of the people’s willingness to make painful concessions for peace, and treated the establishment of a Jew-free Palestinian state as their primary duty as Zionists, Netanyahu recast the national consensus along patriotic lines.

He echoed the sentiments of the vast majority of Israelis when he refused to end building inside of Jewish communities located beyond the 1949 armistice lines; when he asserted that he would make no concessions on sovereignty over Jerusalem; would insist that we retain defensible borders; would refuse entrance of so-called Palestinian refugees to our territory; and demanded Palestinian recognition of our right to exist as the Jewish state.

He stridently and eloquently corrected Obama’s false characterization of this country as the product of the Holocaust during his speeches at Cairo and Buchenwald by recalling the 3,500 year old Jewish ties to the Land of Israel. And he made clear that the association Obama made between the Holocaust and this country’s founding was a precise inversion of the historical record. It is not Israel that owes its existence to the Holocaust. Rather, the Holocaust was only able to happen because there was no Israel.

Thank you Caroline, you cut through the dross like no other writer. KGS