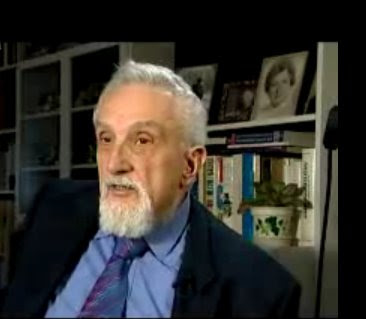 The Tundra Tabloids is extremely honored to have received an honorable mention in Dr.Manfred Gerstenfelds’ major essay that addresses the spike in anti-Semitism and anti-Israelism in Norway over the past year. For those of you who are yet unfamiliar with the events that have surrounded the release of a book edited by the Chairman of the JPCA’s Board of Fellows, Dr.Manfred Gerstenfeld;Behind the Humanitarian Mask: The Nordic Countries, Israel and the Jews…there has been a considerable amount of anger shown by the Norwegian political and media elite, towards the release of the book, as well as towards the man himself, Dr.Gerstenfeld, concerning the charges of Norwegian anti-Semitism when addressing the Middle East conflict.The Norwegians (those who are still in denial) are livid for being portrayed as behaving in an anti-Semitic way, which greatly counters the careful image Norway has crafted for itself, as being a very humanitarian and tolerant state. Dr Manfred Gerstenfeld’s book strips away the thin veneer of that humanitarianism, and reveals a society that has yet to come to terms with its own racism towards Jews, and the world’s only Jewish state, Israel. I advise anyone interested to hurry on over to the JCPA and read Dr.Gerstenfeld’s seminal work, and spread it far and wide as possible. The reason for this post is to do just that. KGSAnother Year of Anti-Semitism and Anti-Israelism in NorwayManfred Gerstenfeld

There are an estimated 1,300 Jews in Norway.[1] This means that for every ten thousand Norwegians, there are three Jews. The Jewish community constitutes a tiny fraction of West European Jewry. Norway’s overall population makes up slightly more than 1 percent of that of Western Europe.

The book Behind the Humanitarian Mask: The Nordic Countries, Israel and the Jews, which I edited, was published in August 2008.[2] (As it sold out rapidly, it is now available for free on the Jerusalem Center’s website.[3]) It analyzes anti-Semitic and anti-Israeli attitudes at various levels in the Nordic countries. The book also indicates why Norway’s place in any history of postwar anti-Semitism and anti-Israelism in Western Europe should be “disproportionately” larger than its population size or number of Jews seems to warrant.

The book also gives examples of some pioneering impacts of Jew- and/or Israel-hatred emanating from Norway. Proof keeps surfacing of the anti-Semitic and anti-Israeli attitudes mainly among parts of Norway’s elite and immigrant populations.

The future of the Jews worldwide as well as the state of Israel is threatened by a variety of forces. In increasingly uncertain times, details of the ongoing global anti-Semitic and anti-Israeli defamation and hostility should be documented. As events unfold, this will make it more difficult in future for those promoting hatred, their accomplices, and the bystanders to deny their role in the process of demonizing Israel and the Jews. Even in a country with a small population such as Norway there is a significant number of these.

In the new century there have been a number of physical, and verbal, anti-Semitic attacks against Jews in Norway. Norwegians often stress that much of this aggression is committed by Muslim immigrants who hold Norwegian citizenship, and that one should not hold Norwegian society responsible. This attitude has an underlying racist implication, as if some Muslims are second-class citizens whose personal responsibility for their acts is different from that of “real,” that is, ethnic Norwegians.

The main expression of anti-Semitism in the country, however, is through anti-Israelism. Various Norwegian media and others maintain that there is no link whatsoever between the two.[4] This position often stems from the fact that many people do not mind being called anti-Zionists but do not want to be labeled anti-Semites. While the two types of hatred are not totally identical, there is great overlap between them.[5] The fallacy that these two manifestations of irrational hatred are not similar is increasingly difficult to sustain given the overwhelming evidence of the link between anti-Semitism and anti-Israelism, in Norway as almost anywhere else.[6] […]In another rally on 8 January, an estimated forty thousand people took part. In this so-called “peace demonstration” both Anne Sender, president of the DMT and Joav Melchior, rabbi of the Oslo Jewish community participated. Both left the meeting prematurely. Melchior was quoted as saying the speeches at this gathering were very one-sidedly pro-Palestinian except for the one by Bishop Kvarme.[38] At one meeting Melchior, who wears a kippa, was shouted at “Bloody Jew, go away” (“Jaevla jøde, gå bort”).[39] A few months later, the Finnish blog Tundra Tabloids published a picture of Halvorsen at the “manifestation for a ceasing of hostilities.” It showed that someone standing very close to her was holding a sign that said “The greatest axis of evil-USA and Israel.“[40] Later the business daily Dagens Naeringsliv[41] and the daily Dagbladet also published the picture.[42] By not leaving such a gathering, Halvorsen must be considered as identifying with it. This demonstration was one among several in Norway where hatred of Israel and Jews came to the fore. Whatever the declarations of Halvorsen, her party, or Norway’s ambassador to Israel, if one were to seek out the most anti-Israeli minister in West European governments, Halvorsen’s overall record-which includes calling for a consumer boycott of Israel-would make her a serious contender.