Skip to content
Home
/
2009
/
June
/
4
/
Uncategorized
/
Sweden: Migration Board Doesn’t Want Carrot and Sticks in Dealing With Refugees…….
Facebook
Twitter
Google+
LinkedIn
Pinterest
Leave it up to the bureaucrats to smash
common sense and reason against the rocks 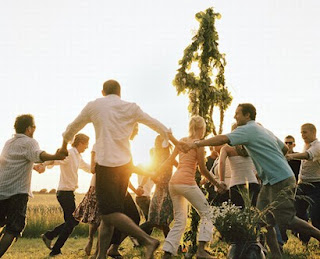 And the Swedish nation continues
to spin in a mad dervish

What ever happened to the notion that people escaping life threatening situations, will more than likely to be appreciative of whatever the host state offers them while handling their cases? Forcing people to remain in refugee facilities for a month before allowing them to seek accommodations elsewhere, seems like a reasonable request.But according to Migration Board director Dan Eliasson, it’s too demanding of a request and anyone who’s seeking refuge in Sweden should be allowed to do whatever they want, and at the taxpayer’s expense. Heaven forbid that the Swedish state should impose upon any potential refugee, by laying down some rules of its own in how to handle their processing. Good grief. KGS Note: In times past, people were damn grateful for any and all assistance given to them by concerned people, but not anymore, they’ve learned to complain and demand just like the greedy Palestinians who’ve been leaching off the international community for decades.

The head of Sweden’s Migration Board (Migrationsverket) has slammed a proposal that would cut benefits for asylum seekers who refuse to live in housing set aside for those waiting to have their claims heard.

The proposal comes from a report presented in February by a commission led by Sören Häggroth and tasked by the government with finding ways to relieve pressure on Sweden’s larger cities, which have struggled to cope with a disproportionate number of the country’s asylum seekers.

The report suggests offering asylum seekers subsidies if they agree to spend their first month in Sweden living in Migration Board-managed housing facilities set up specifically for incoming refugees.

Asylum seekers who chose not to live in the Migration Board facilities would have their publicly funded housing allowances reduced.

Following their time in Migration Board housing, refugees would then be directed to areas in Sweden with both available housing and jobs.

But Danielsson disagrees with the commission’s findings, claiming the report “isn’t based on research or experience”.

He adds that the proposal would make life especially hard for children of asylum seekers, who would be forced to endure a number of moves during their first months in Sweden.

“It’s obvious that there isn’t housing where there are jobs and that there aren’t jobs where there is housing. Society hasn’t managed to solve this. How then can the Migration Board be expected to square that circle?” said Eliasson.