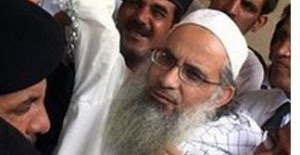 Maulana Abdul Aziz: My release only strengthens our resolve!Though the Tundra Tabloids’ has no tangible evidence (as of yet) that the Pakistani government’s horse bargaining with the Taliban for Sharia to be enforced in the northern areas of the country bordering Afghanistan, it stands to reason that the release of Islamic cleric, Maulana Aziz, was part of the dealIt’s typical of these Muslim countries with restless fundamentalist preachers, and the crowds thy incite. In order to grab a few moments of quiet in the streets of the capital, they’ll throw a carrot to the baying mob in the form of releasing their incarcerated clerics. It’s a fools errand, that’s guaranteed to backfire, as well as increasing the suffering of minorities.Already the Sikhs are being driven out of their homes due to being forced to pay the oppressive dhimmi “jizya” tax, the Taliban kidnaps the Sihk’s leader and then releases him when their conditions are met, and Muslims are thrilled. The Pak Tea House has the articles of the Pakistani constitution which foresaw the possibility of such a thing being demanded or even occurring. Clearly the Pakistani government is in breach of their own constitution, thereby reducing it to being just a piece of parchment, which looks good on a wall, but not in practice. KGS

20. Freedom to profess religion and to manage religious institutions. Subject to law, public order and morality:-

21. Safeguard against taxation for purposes of any particular religion.No person shall be compelled to pay any special tax the proceeds of which are to be spent on the propagation or maintenance of any religion other than his own. 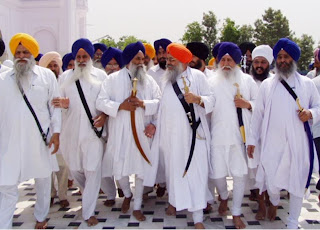 Islamabad, 16 April (AKI) – By Syed Saleem Shahzad – Almost two years after the bloody siege on the Red Mosque in Islamabad, the radical cleric Maulana Abdul Aziz returned to the mosque late Thursday to lead the final prayers of the day.

Thousands of people welcomed the cleric at the mosque and showered him with rose petals, after being granted bail by Pakistan’s Supreme Court. The cleric then led the day’s final Isha’a prayers.

He had been accused of inciting the bloody siege at Islamabad’s Red Mosque and seminary in July 2007.

Pakistani authorities had filed 27 criminal cases against the cleric, shortly before military commandos stormed the Red Mosque to end the standoff with his armed students in July 2007 (photo).

The operation left more than 100 people dead, including about a dozen security personnel. His brother Abdul Rasheed Ghazi, his mother and dozens of students were among those killed.

Maulana Abdul Aziz was arrested as he tried to flee the mosque dressed in a woman’s burqa. He has been detained under house arrest in the garrison city of Rawalpindi.

“This marks the defeat of state terrorism and today we would say the prayer behind Maulana Abdul Aziz,” retired squadron leader Khalid Khawaja, a close friend of slain Abdul Rasheed Ghazi, said during an interview with Adnkronos International (AKI).

Khawaja, a close friend of slain Abdul Rasheed Ghazi, was arrested during the Red Mosque operation but later released.

” I remember that several years ago I met (militant leader) Maulana Sufi Mohammad when he initiated the movement for the enforcement of Islamic laws in Malakand division. He survived imprisonment and today he and his cause are victorious and Sharia law has been enforced in Swat.