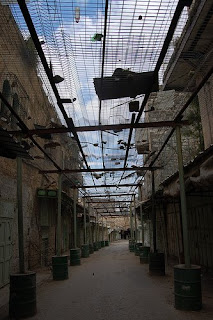 David Suissa: “The problem with pressuring Israel to buy peace through concessions is that it perpetuates the illusion that the Palestinians have something to sell.”
This article by David Suissa elucidates the very same theme the Tundra Tabloids has been hammering on for years, but in a very original and refreshing way. The Arabs themselves must either put up or shut up about peace with Israel, and prove that they are serious about ending the conflict once and for all.
The TT has long maintained that the most tangible sign that the Palestinians are serious about peace with Israel, would be for the complete ban on incitement against Israel and Jews within their media, schools and mosques. It doesn’t look like even that’s going to be the case anytime soon, with the P.A.’s own president, Mahmoud Abbas, being angry for a group of Palestinian children musicians playing for a small group of Israeli Holocaust survivors. The Tundra Tabloids’ good friend, Debbie Schlussel, has the full details.
Lets face facts, if the Arabs are ever ready for a permanent peace with Israel, they will find the Israeli’s ready and willing, but only if the Palestinians are sincere and their willingness verifiable. Implementing and actively monitoring the ban on incitement against Israel and the Jews, would be one measure that would arouse Israeli interest in taking things a step further. But Israel isn’t holding its breath, because the Arabs are no where near that stage, if ever. KGS
H/T: GB, and Al-Avai:
Mind-State Solution

I’m not sure, but I think I have a solution to the Israeli-Palestinian conflict, or at least another way of looking at it. It hit me the other day after I broke bread at Pat’s Restaurant with some people connected to Americans for Peace Now, a leftist Jewish organization that actively promotes the two-state solution.

Now, you should know that whenever I hear the words “peace now,” something inside of me cringes. I have never understood how Israel could make peace now with an enemy that hates her no matter what she does.

Over the years, I’ve asked this question of a number of people across the ideological spectrum: “If Israel dismantled all the settlements in the West Bank tomorrow, would it stop Palestinian hostility and violence toward Israel?”

I never once got a yes.

Why? I think it’s because most people intuitively understand that dismantling settlements is not the same thing as dismantling hatred. The hatred that has been taught for years in Palestinian schools and summer camps, through television shows and billboards and in mosques is not just aimed at Jewish settlers but at all Jews and at all of Israel. This kind of hatred is too deep to be washed away by well-meaning gestures.

For nearly two decades, Israel has gone to one failed peace meeting after another with this question in mind: How much are we willing to pay for peace? In doing so, they have acted as if the Palestinians actually have something to sell.

Apparently, no one ever stood up during one of those meetings to say to the Israelis: “Wait a minute, you’re not the buyers, you’re the sellers!”

Why sellers? Because everyone knows that when Israel signs an agreement with an Arab country, it is capable of honoring it. On the other hand, it’s no secret that the Palestinians, with or without Hamas, are in no position to deliver peace to Israel.

It follows that if any party should be selling, it is Israel. Yet, incredibly, it is always the reverse: The Palestinians are selling a peace they can’t deliver, while the Israelis are buying a peace that doesn’t exist.

Is it any wonder that all the peace plans keep failing? That groups like Peace Now keep banging their heads against the wall, hoping that more concessions from Israel will somehow bring us closer to that elusive solution?