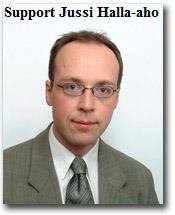 The Tundra Tabloids recently broke the story to the English speaking blogosphere, about Finnish politician, Jussi Halla-aho, who’s being tried by the state of Finland for something he wrote about on his blog Scripta, concerning the prophet of Islam.
The Helsinki city councilman was only drawing attention to the hypocrisy of the Finnish state where ethnic groups are concerned, and posed a couple of hypothetical question or assertions concerning both Islam and genetic attributes of the Somali minority in Finland.
No, the politician does not believe that Somalis are predisposed to commit violent crimes and live of the tax payers money, but was only highlighting the fact that others in Finnish society had said the same thing about ethnic Finns, where alcoholism and violence is concerned, and the prosecuting attorney’s office was not interested in the case at all. That hypocrisy is what Mr.Halla-aho was pointing out in his blog post, nothing more.
The hypocrisy of the state is even more clearly defined in how the prosecutor’s office is taking offense for the Muslim community itself, by stating that Jussi Halla-aho committed the unpardonable sin of postulating that:
“Prophet Muhammad was a pedophile and islam revers pedophilia as a religion. Islam is a religion of pedophilia. Pedophilia is Allah’s will.”
By trying to prosecute this case against the Helsinki politician, the state of Finland has by default, opened up a major can of worms, that, in an honest and open minded court, can’t possibly win. First and foremost, it must be proved that the hypothetical remarks Halla-aho postulated on his blog, were in fact untrue.
Even if prosecutor’s office tries to make the point that it’s wrong to judge the present, by invoking the past, Halla-aho’s defense only needs to point to how the Finnish state deems the usage of the term “neekeri” (Negro) as a racist word, as well as the school books that used the term in the 40 and 50’s.
The Finnish blogger Kumitonttu recently sent the Tundra Tabloids a link to a Finnish blogger’s website who observed the absurdity of the Finnish state’s claims against Jussi Halla-aho. The evidence supporting Halla-aho’s hypothesis -that Mohamed was a pedophile, and that the Muslim world deems their prophet’s character of such importance that pedophilia is an honored act, thus making pedophilia and act of God- is overwhelming.
Kumitonttu informs the TT: “Read the text (in Finnish) pointed by number 26. That is presumably very closely linked to Iranian laws, as it is written by Ajatollah Ruhollah Khomeini himself.”
(Click picture to enlarge)

Here is what the text reads in English, found at the Dr. Homa Darabi Foundation:”If a man who has married a girl who has not reached puberty possesses her sexually before her ninth birthday, inflicting traumatisms upon her, he has no right to repeat such an act with her.”Note that Ayatollah Khomeini’s religious/legal dictate does not condemn the act of pedophilia outright, but only advises that the adult male should refrain from future intercourse, if she was traumatized by the initial act. So it’s more than obvious that present day Muslims, even highly respected Islamic religious leaders approve of pedophilia, due to Mohamed’s marriage to a six year old, and his consummation of that marriage at the age of nine.Jussi Halla-aho clearly has more factual evidence at his disposal than the Finnish state’s prosecuting attorney’s office has. The only question remains, is whether the Finnish state will play fair in court and listen to all of the evidence? KGS 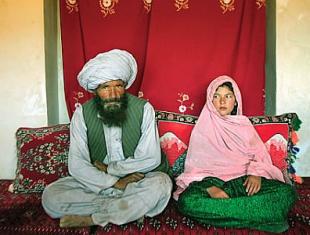