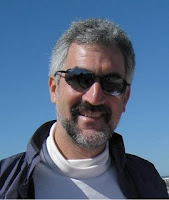 The Tundra Tabloids just came across a post over at the blog of Dr.Daniel Pipes, through the courtesy of Baron Bodissey at Gates of Vienna. Dr.Pipes takes an interesting look at the Berbers of Morocco and of Algeria, who offer a unique ‘chink in the armor’ of pan-Arab solidarity in Northern Africa.
It appears that in spite of centuries of Arab/Islamic imperialism, a sense of identity and nationalism still remains with certain sectors, but not all, of the Berber community. Pipes takes note:
“MEMRI took a small step today toward changing that by publishing a fascinating collection of North Africa press commentaries under the title, “‘Berbers, Where Do You Stand on Palestine?‘” As the MEMRI introduction explains:

Throughout the recent fighting in Gaza, the mainstream North African press was nearly unanimous in its support for the Palestinians and its condemnation of Israel. Some Amazigh (Berber) activist groups, though, made a point of distancing themselves from this mainstream view – for which they were attacked by the Islamist press. While a number of conservative and left-wing Amazigh groups expressed support for the Palestinians, others expressed contrary views, to underline their non-Arab identity and their belief that North Africa should detach itself politically and culturally from the Middle East. “

One of the least discussed topics in Middle Eastern studies, at least from the Occidentalist perspective, is the fact that the Mohammedan ideology is very much an Arab imperialist doctrine, that suffers no other culture to exist alongside it. This of course puts the European multiculturalists in a peculiar position of championing the immigration of people who belong to a monoculture ideology, that rejects the culture of its own minorities.What other proof does one need about Islam, that it’s not yet ready, if ever, to accept a non-Muslim culture living side by side with it, neither an Islamic non-Arab culture as well. What we have here are two supremacy’s, Arabism and Islam, rejecting any culture that it comes into contact with. And people dare call Flemish politician Filip Dewinter an alarmist and extremist for pointing out the obvious? Pipes continues:“Then follow six excerpts from the Moroccan and Algerian media concerning Berber attitudes towards the war in Gaza. Some of it is bitter indeed, as, for example, a commentary by Moha Moukhlis, a Berber activist:

And the so-called ‘Arab street[?]’ A brainless herd that has been indoctrinated and riled up and that has lost all sense of gravity and direction. They express their hatred for the Jews, whom they hope to exterminate from the face of the Earth… Yet this ‘Arab street’, which sees itself as the voice of the [world’s] peoples, never dared to lift a finger against the crimes committed by the Hamas fundamentalists, or by the Arabo-Islamist regimes against non-Arab populations in Darfur, Kurdistan, Egypt, Syria, Libya, Algeria, or Niger. No! [And] the rights of the Amazigh people are supposed to be sacrificed on the altar of [this] Arab fundamentalism.”

This kind of self assertiveness by struggling minorities in the Islamic world is a very welcome development. These non-Arab Muslims in Northern Africa refuse to be pigeoned holed into an Arabist culture, and could very well serve as a needed wedge within the Arab world to highlight Arab/Muslim imperialism and supremacy. All this reminds me of a very interesting piece of Berber history, concerning the Arab and Islamic invasion of the Berber region, which ended in their being Islamized and their culture being usurped by the Arabs. “Philip K. Hitti, in the History of the Arabs, 8 ed., London 1964, p. 213”, discusses the Berber resistance to the Arabs and Kahina, the Jewess that led the revolt.Michael Klossner however, sheds light on the drastic mistake made by the Berbers in the 7th century, in their misjudging of Islamic intentions, which led to their eventual downfall and subsequent Islamization and the loss of their culture. It so happens that the person who led the campaign against the invading imperialists, was named The Kahina, Queen of the Berbers, and strangely enough, the word ‘Kahina’ in Finnish, means to fight, scuffle or scrap. The following offers a lesson for Europe, as Klossner goes on to state that the ‘Kahina’ was victorious over the Muslim invaders, but then made a tragic decision. 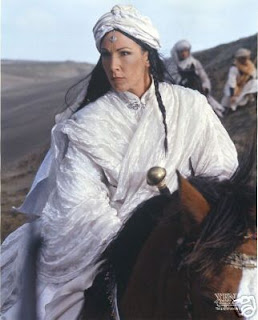 According to Ibn-Khaldun, as she waited for the inevitable renewed Arab assault, the Kahina carried out a brutal and disastrous policy. She declared that the Arabs wished to conquer North Africa only because of its wealth. She ordered Berbers who were still nomadic to destroy the cities, orchards, and herds of sedentary Berbers, to make North Africa a desert. If the Kahina actually made this amazing decision, she was tragically mistaken. The Arabs were determined to take North Africa regardless of its wealth or poverty, because there were people to be converted to Islam, and because North Africa was a gateway to Spain and Europe. Unsurprisingly, according to Ibn-Khaldun, this savage policy of city burning cost the Kahina the support of city-dwelling Berbers. In 702, Hassan again invaded the Berber lands and quickly defeated the Kahina. Julien writes, “on the eve of the final battle, the Kahina ordered her sons to go over to the enemy.” Her sons had to convert to Islam to seal their defection to the Arabs. Julien believes that for the Kahina, the survival of her family and its supremacy over her tribe were ultimately more important than any questions of nationalism or religion.

The importance of this story can’t be over emphasized, all I need to do is to point to Europe and show that history is once again in the process of repeating itself. Europe is slowly turning sections of its cities into no-go areas, where fire trucks and ambulances dare not go unless accompanied by a police escort. While it’s often noted that many of the Muslims immigrating to Europe are just looking for a better life, the Islamic states from where they are emigrating from, are very keen in seeing Europe demographically changed, and within 15-20 years, they will indeed become a Muslim majority continent.Returning to the Berber Queen, Kahina, in order to seal her own family or clan’s position, she had her sons defect and convert. This is akin to the way EU politicians are intentionally blurring the lines within the EU, by allowing the mass immigration of Middle Eastern and North African Muslims, and thereby creating a voting base for themselves to keep their parties in power. They too, are also misjudging the Muslim invasion of Europe, in much the same way ‘The Kahina’ misjudged the intentions of the same invaders 1400 years ago, and appear to be more than willing to sell their cultural heritage for a mere pittance. The symbolism of what happen 1400 years ago, couldn’t be any more striking or relevant today. KGS