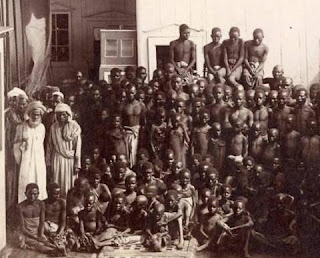 Al-Fawzan is no maverick. He is:

The article states: The Riyadh-based writer pointed out that racism in the central region is, unlike other parts of the world, more verbal than physical. (Tareq) Al-Haydar says he feels Saudis live in contradiction. “We pride ourselves at being Muslims, but Islam ended slavery,” he said.

Perhaps racist views are culturally inherited. However, not too long ago, Saudi Arabia was, for the most part, a desert with warring tribes and clans. In that climate, people clung to their tribes to survive. As a modern nation with people living in an urban setting, the survival element has gone, but the mode of thinking and behavior remains.

He thinks Saudis can change the way they think about racism and tribalism. “I think it has to start with raising awareness. Islamic scholars should tackle this issue head-on and explain to people how this kind of behavior is un-Islamic. Also, schools should be firm in tackling these issues. Moreover, the government needs to establish rules to stop these kinds of attitudes,” he said.

So this is either a case of a clueless Saudi novelist being grossly ignorant of the Muslim slave trade in Islamic history and Islamic teaching that supports it, or he’s lying through his teeth. The only question is which?

How in the world can human rights organizations even debate whether or not to attend the Durban II conference, when the obvious stares them in the face, that the Organization of the Islamic Conference cares not about human rights nor racism? Since Saudi Arabia is completely off the Durban II list of states that will be mentioned as having a problem with human rights and racism, (just Israel has that honor) the whole conference set to take place in Geneva next month, is a political farce, having been corrupted from the very beginning.

With stalwart human rights violating states like Libya, Iran and Cuba over seeing the agenda of the Durban II conference, how else could it have ended up? And yet, there are Western states still debating on whether to attend next month’s conference, including Finland, a state that prides itself on supporting human rights. It’s a miserable joke without a funny punch line. KGS