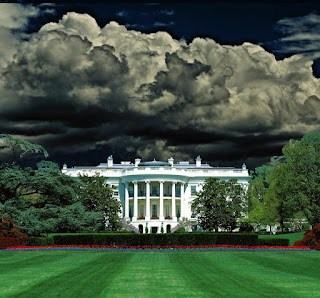 John Bolton: The Obama administration’s ME policy is back asswards

Why would America subject a close ally [Israel] to this dynamic, playing with the security of an unvarying supporter in world affairs? For America, Israel’s intelligence-sharing, military cooperation and significant bilateral economic ties, among many others, are important national-security assets that should not lightly be put at risk. The only understandable answer is that the Obama administration believes that Israel is as much or more of a problem as it is an ally …..John Bolton

Good question, and as the Tundra Tabloids has always maintained, traditional US foreign policy vis-a-vis the Jewish state, has always been based primarily on US self interests. Israel has always been viewed as being, first and foremost, an American ally and asset in a region where maintaining the status quo has always been a top priority. If not for Israel’s neighbors, the US would not place too high of a priority on maintaining any special relationship, the Israeli state would be viewed pretty much as just another successful democracy in a sea of others.But presntly, that’s not the case, and regardless of the little flare-ups – like between Israel and Lebanon and Syria- they are seen as manageable low level conflicts by the US, and that Israel has managed to maintain the equilibrium in the region. The trade routes from the Pacific through the Suez are of immense importance to the US and the West, and having a state that they can depend upon when the situation warrants, is of extreme value. The fact that since Israel is armed to the teeth, most, but not all of its neighbors, have long since given up on the idea of invasion, and have to a great extent been kept from engaging in wars between themselves. This seems all a moot point for the novice junior senator cum president, B.Hussein Obama, John Bolton explains why it isn’t.
TEAM OBAMA’S ANTI-ISRAEL TURN John Bolton, NY Post

THE Obama administration is increasingly fixed on resolving the “Arab-Is raeli dispute,” seeing it as the key to peace and stability in the Middle East. This is bad news for Israel – and for America.

In its purest form, this theory holds that, once Israel and its neighbors come to terms, all other regional conflicts can be duly resolved: Iran’s nuclear-weapons program, fanatical anti-Western terrorism, Islam’s Sunni-Shiite schism, Arab-Persian ethnic tensions.

Some advocates believe substantively that the overwhelming bulk of other Middle Eastern grievances, wholly or partly, stem from Israel’s founding and continued existence. Others see it in process terms – how to “sequence” dispute resolutions, so that Arab-Israeli progress facilitates progress elsewhere.

Pursuing this talisman has long characterized many European leaders and their soulmates on the American left. The Mideast “peace process” is thus the ultimate self-licking ice cream cone – its mere existence being its basic justification.

And now the Obama administration has made it US policy. This is evidenced by two key developments: the appointment of former Sen. George Mitchell as special envoy for the region, and Secretary of State Hillary’s Clinton’s recent insistence on a “two-state solution” sooner rather than later.

Naming Mitchell as a high-level, single-issue envoy – rather than keeping the portfolio under Secretary Clinton’s personal control – separates Israel from the broader conduct of US diplomacy. Mitchell’s role underlines both the issue’s priority in the president’s eyes and the implicit idea it can be solved in the foreseeable future.

Obama and Mitchell have every incentive to strike a Middle East deal – both to vindicate themselves and, in their minds, to create a basis for further “progress.” But there are few visible incentives for any particular substantive outcome – which is very troubling for Israel, since Mitchell’s mission essentially replicates in high-profile form exactly the approach the State Department has followed for decades.

When appointed, Mitchell said confidently: “Conflicts are created, conducted and sustained by human beings. They can be ended by human beings.” This is true, however, only if the conflict’s substantive resolution is less important than the process point of “ending” it one way or another. Surrender, for example, is a guaranteed way to end conflict.

[…]
Almost invariably, Israel is the loser – because Israel is the party most dependent on the United States, most subject to US pressure and most susceptible to the inevitable chorus of received wisdom from Western diplomats, media and the intelligentsia demanding concessions. When pressure must be applied to make compromises, it’s always easier to pressure the more reasonable side.

How will diplomatic pressure work to change Hamas or Hezbollah, where even military force has so far failed? If anything, one can predict coming pressure on Israel to acknowledge the legitimacy of these two terrorist groups, and to negotiate with them as equals (albeit perhaps under some artful camouflage). The pattern is so common that its reappearance in the Mitchell-led negotiations is what is really “inevitable” and “inescapable.”

Why would America subject a close ally to this dynamic, playing with the security of an unvarying supporter in world affairs? For America, Israel’s intelligence-sharing, military cooperation and significant bilateral economic ties, among many others, are important national-security assets that should not lightly be put at risk.

The only understandable answer is that the Obama administration believes that Israel is as much or more of a problem as it is an ally, at least until Israel’s disagreements with its neighbors are resolved. Instead of seeing Israel as a national-security asset, the administration likely sees a relationship complicating its broader policy of diplomatic “outreach.”

No one will say so publicly, but this is the root cause of Obama’s “Arab-Israeli issues first” approach to the region.

This approach is exactly backward. All the other regional problems would still exist even if Mahmoud Ahmadinejad got his fondest wish and Israel disappeared from the map: Iran’s nuclear-weapons program, its role as the world’s central banker for terrorism, the Sunni-Shiite conflict within Islam, Sunni terrorist groups like al Qaeda and other regional ethnic, national and political animosities would continue as threats and risks for decades to come.

Instead, the US focus should be on Iran and the manifold threats it poses to Israel, to Arab states friendly to Washington and to the United States itself – but that is not to be.