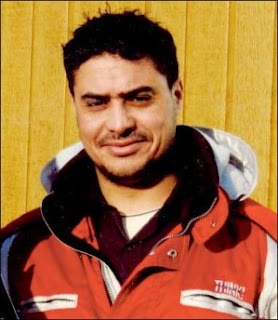 The same defence was used in Sweden a few years ago in a similar case, in which an Islamic mosque in Sweden was caught selling anti-Semitic tapes that called Jews: “apes and pigs, cursing them and calling for Jihad against them, emphasising particularly that suicide bombing is a very effective weapon against them.” Swedish Chancellor of Justice, Göran Lambertz, stated in his defence in dismissing the case that:

“These statements should be differently judged and considered to be allowed/legitimate, because they are used by one party in an ongoing deep conflict where battle cries and defamation are contained as everyday elements in the rhetoric around the conflict“.

According to Ilya Meyer who closely followed the case, the Chancellor never had all of the facts before he made the decision to dismiss the case:

“The flagrantly anti-Semitic texts from the Stockholm mosque were never fully translated in writing for his examination; instead he received a verbal translation through the services of an interpreter, and this verbal translation was more in the nature of a summary of the contents. Yet the Chancellor writes: “There is furthermore no reason for me to review my decision as long as such re-examination would concern the same material.” The question is: what material would this be? The Chancellor, after all, admits he has none.”

The Swedish “Chancellor of Justice” knew all along that there were more flagrant, anti-Semitic tapes available at the mosque, but chose not to review them. Such is the justice system in Sweden, hopefully in Quebec Canada, Göran Lambert’s retarded dhimmi verdict will not be duplicated. KGS