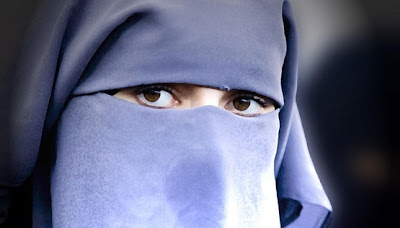 Snot stained veil, who wants to see that in a food store?

Though Finland has only 30 000 Muslims, in a population of over 5 million, the headscarf issue is sprouting up here as well. Thanks to Kumitonttu for the hat tip. KGS

The Aamu newspaper interviewed PAM’s regional director, Niina Koivuniemi, who said that the controversy was caused mostly by Finns who have converted to Islam, and are already employed. The issue is agreed upon with immigrants in the context of job interviews.

According to the paper, the S-store chain has no common guideline on head scarves and other religious symbols. Pirkanmaa’s Osuus-store will disccus the matter next week. In the Helsinki Osuus-store, in Elanno, the position is clear: employees may not use any visible religious symbols on their clothing. In K-food stores, there is no general guidance on head scarves, but each store owner is responsible for the matter independently.

The police, however, have clear guidelines. The Minister for the Interior told the Aamu newspaper, that the covering of the head scarf does not belong to the official police uniform. There are however no guidelines for religious symbols and civilian dress. (MTV3)