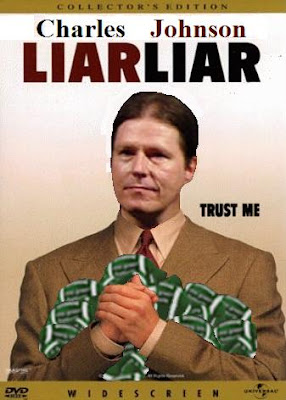 Even some of the most avid supporters of Charles Johnson are learning they’re better off being banned from LGF. The latest casualty is Transsylvania Phoenix, who has not only been “Johnsoned” by Johnson, he’s been muddied and smeared as an added going away present from the King Lizard himself!

Transsylvania Phoenix: I am really saddened and disappointed with what is going on these days at Little Green Footballs, one of my favorite places to hang around-until today.The anti-Christian crusade started by Charles Johnson took proportions I would have never ever dreamed in my worst nightmares. […]

Well, starting today I am no longer welcomed at LGF. Charles Johnson banned me for the following comment I wrote on one of his blog entries in which he is doing what it seems to lately become an obsession for him: mocking Christians and ridiculing whoever isn’t an enlightened atheist like him on a daily basis. Here is the ONLY ONE AND ONLY comment I wrote on LGF since last August, posted today on one of Charles’ daily Christian bash-fest :

Mocking, ridiculing and alienating our (Christian) allies when Islamonazi appeasing socialists control the White House, the Legislative, the Executive and 95% of the media. Unity is what we need most, yet we are tearing each other apart. Not smart. Not good. Koskooks and DU-ers must be filled with joy reading these posts.

Well Transsylvania Phoenix gets banned for that remark:

Well, that was my last post at LGF; not five minutes later, my account was disabled.
But that’s not all: Charles went a few extra steps ahead to smear me. At first he posted this reply:Charles Post#476
I should have blocked your sorry ass when you posted comments calling for the mass deportation of Muslims from America, and to amend the Constitution to strip them of citizenship. That mistake is now remedied.

Transsylvania Phoenix responds: What the hell are you talking about, Charles? When and where did I said or wrote any of that? Did you just lost your f**king mind or are you just the biggest liar on the Blogosphere?HAHAHAHAHA, Go check it all out here. KGS