Skip to content
Home
/
2009
/
February
/
13
/
Free Speech
/
What Geert Wilders Would Have Said to the House of Lords If the UK Protected Free Speech…….
Facebook
Twitter
Google+
LinkedIn
Pinterest
The Tundra Tabloids has been away today, so here is the first post. KGS 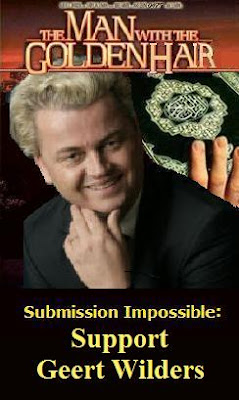 Abstract Show full release(ROME, ITALY – 13 FEBRUARY 2009) – Dutch MP Geert Wilders, founder and floor leader of the Freedom Party (PVV), and A Way for Oriana (www.unaviaxoriana.it), in conjunction with the International Free Press Society (IFPS), announced today that they will be screening Fitna, the controversial film about the dangers of Islam, at an invitation-only February 19 gathering in Rome.

“This event is part of the ‘Facing Jihad’ world tour for Fitna that will serve to expose Islam for what it is, an ideology that preaches terrorism, anti-Semitism and the oppression of women, homosexuals and non-Muslims” said Mr. Wilders.

The embattled filmmaker’s visit to Rome comes on the heels of the controversy surrounding the screening of the film in the House of Lords in London. The episode began last month with threats by Muslim parliamentarian Lord Nazir Ahmed to organize mass demonstrations and storm the parliamentary chambers, and intensified after Mr. Wilders received notice from the British government earlier this week that he poses a “threat to public security and public harmony” and will be denied entry to the country.