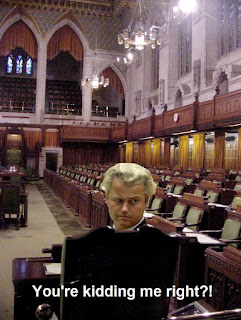 The British government of PM Brown have become unglued, lunacy rules at 10 Downing Street. Just yesterday the Tundra Tabloids reported that Dutch politician Geert Wilders, who produced the excellent Islam awareness movie, Fitna, was barred from entering jolly ol’ England due to the Home Secretary’s belief that his views, expressed in both the Fitna movie and elsewhere,
“would threaten community harmony and therefore public security in the UK.“
But British Home Secretary, Jacqui Smith, thinks however, that allowing a Hezbollah spokesman for the Stop the War Coalition, would prove to be a good thing for British society, and will pose absolutely no risk whatsoever for the UK.
That’s how far the UK has fallen, where appeasing the Muslim constituency is given top priority at the expense of common sense and reason. According to Smith, inviting an employee of the highly anti-Semitic Iranian-backed television station, Al-Manar, into the UK, is somehow a wise move, though in reality, it’s a display of utter foolishness, buffoonery and contempt for British society on a grand scale.
Row over anti-war speaker at Birmingham rally 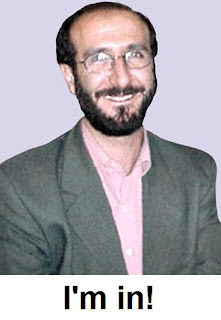 THE controversial editor of a newspaper with alleged links to extremist organisations is due to speak at an anti-war rally at Birmingham City Council’s offices tomorrow. Ibrahim Moussawi, who edits the Hezbollah newspaper the journal AlIntiqad, in Lebanon, was recently barred from entering Ireland where he was due to speak at anti-war meetings.

Now Home Secretary and Redditch MP Jacqui Smith has come under fire for the decision to allow Moussawi into the country. Andrew Mitchell, Conservative MP for Sutton Coldfield and shadow minister for Birmingham said: “The Home Secretary needs to get a grip on this issue and explain her position in respect of Ibrahim Moussawi.”

Moussawi, who arrived in Britain yesterday morning, also used to work for the Iranian-backed television station Al-Manar which has been banned in the US, France and Spain as it is seen there as being anti-Semitic.

The only reason why the Home Secretary is acting in such a farcical way, is in order to not rile the Muslim community, who will take to the streets to exact their pound of flesh from the British government, if it acts against their perceived self interests. The Brits have really put themselves in a very unwanted position, and if the weak kneed bureaucrats think that they can breath a sigh of relief for having dodged another bullet, they are only kidding themselves. KGS