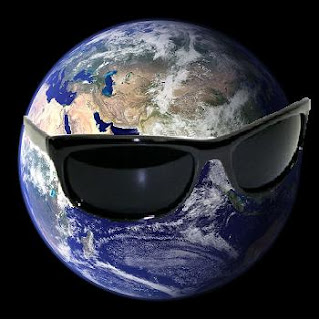 As the I have often mentioned before, I admire many of the comments left to posts that the TT publishes week in and week out, it’s a real treasure trove of insightful and sometimes witty remarks, or both!
This time around a couple of anonymous individuals weigh in concerning a TT post dealing with Hamas’ recent full an open confession, of how it’s in debt to Iran for the help it gave, and continues to give, to the genocidal movement.
It generated enough thought provoking material that someone left the following comment:
Anonymous 1: “ I have a few questions:Is the world blind? How can one country go bomb the hell out of an area which is heavily occupied by civilians, then call a seas fire as soon as there done killing everyone? Also, why do we love Israel so much? I mean I think the main reason is we make money when people kill each other, or when Israel kills people, after all our primary source of income during these tough economic times is selling weapons to Israel. Israel must be charged with war crimes.”
To which the TT replied:
“Stop hyperventilating and calm down. Israel has been shelled continously with over eight thousand rockets and mortars by Hamas and ilk over the last few years, and had had enough. Israel does not need a cease fire, it doesn’t fire a shell if the other side refrains from doing so as well. I support Israel because its an island of sanity in a sea of insanity and despotism and dictatorship. I would rather live in a Jewish state than in any of the Arab ones, that’s for sure.Israel is on the front lines fighting Islamofascism, your money, if you’re an American, is being well spent.”
And then another Anonymous commentor delivers the coup de grâce:
“The gentleman posed the question, “is the world blind?” I would suggest that this individual who goes on to say that Israel should be charged with war crimes is likely a victim of a fairly dysfunctional educational system in the Middle East. Somewhere logic must be added into the equation. Hamas has suggested that Israel does not have a right to exist. They have engaged in alliances with nations such as Iran that concur. They then fired hundreds of missiles into Israel because of their beliefs.
Hamas and Iran and all the other nations who believe that removing the intellectual community from power is somehow helping them move forward as nations are starting to reap the reward of this decision. Khamenei and Ahmadinejad will eventually cause the destruction of their own nation. They make no mention of the missiles fired into Israel. Instead they suggest Israel should be charged with war crimes.
No sane people from the rest of the nations in the world will agree with such stupidity. The most amazing thing of this whole situation is that Hamas and their supporters genuinely act surprised when Israel responds to their missiles with their own attacks. If Hamas does something stupid, then they should be prepared for the consequences. Instead you make excuses and blame Israel because of what they have incited.
But the lack of understanding and any thinking by Hamas and the Iranians is revealed it even more as they claim victory in Gaza after the exchange. What does victory mean? Apparently it means to have all of their infrastructure destroyed along with hundreds of individuals killed or wounded while the “enemy” suffers virtually nothing. You really have to ask what do they mean by victory. If you ask the residents who live in Gaza, they would probably be hard-pressed to say that they have just defeated Israel in a battle.
Many of them will say our homes are blown up, friends and family are killed or wounded and we have the worst government on earth to thank for it. Now that seems logical. I hope they are able to rid themselves of Hamas soon. Once they do that they have a reasonably good chance of joining the rest of the world. But if they continue to take the stand that a sovereign nation that has existed since 1947 no longer has the right to exist, then they should expect further consequences.
I hope they succeed soon.