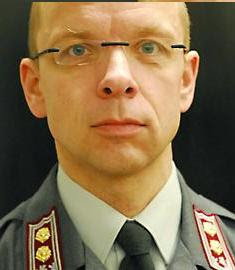 This is the same guy who stated repeatedly before Operation Cast Lead began, that Israel wouldn’t invade Gaza. Kerttunen states that:
Israel’s strike on the Finn Church Aid clinic shows that in the Gaza War, civilian areas mean little. According to Kerttunen, hitting civilian targets are both Israel and Hamas’ tactics. Israel wants to send a message that Hamas’ fighters are not safe anywhere.
WRONG.
There is no such thing that all civilian buildings during a time of war are off limits from a strike, especially if the target is full of the enemy. But in the case of a hospital, Israel has shown restraint, because the civilian casualties that would result, outweigh the importance of the military targets in question. In this case, yes, even Hamas leaders.
Hamas salaries are paid in Shifa Hospital

Hamas is using Gaza’s Shifa Hospital as a meeting place and even distributed salaries to its operatives there over the weekend, Public Security Minister and former Shin Bet (Israel Security Agency) head Avi Dichter said Monday morning.
Speaking on Army Radio, Dichter noted that “on Saturday, January 10, which is the day salaries are distributed in Gaza, several Hamas commanders who cannot come out of their hiding places were given their salaries at their hiding places. But commanders who can move around Gaza made their way to Shifa Hospital to receive their salaries.”
Regarding Israeli intelligence reports that the Hamas leadership had taken refuge in the hospital, Dichter said that the “Shifa Hospital has long ago ceased to be just a hospital, just as the UNRWA humanitarian and health services in Gaza long ago ceased to be just humanitarian services providing food and medical services.”
“UN schools in Gaza long ago stopped being just schools,” the minister said. “All these services and places are refuge for Hamas terrorists and commanders.”
The former Shin Bet chief said that it was common knowledge in Gaza that Hamas holds meetings in the hospital. “Shifa Hospital, which is situated in the more wealthy western part of Gaza City, is a very big hospital, but you can hear from the Palestinians who visit there, it is somewhat of an open secret, that Hamas commanders walk around the hospital, in some instances wearing doctors’ robes,” he said. “In some cases, the Hamas commanders kick medical teams out of rooms so that they can hold meetings.”
Asked why Israel was not acting against Shifa Hospital, Dichter answered that an attack on a hospital could not be carried out “for obvious reasons.”
Shifa is in the middle of a very crowded area in Gaza and you would have to get through half-a-million Gazans to get to the hospital and arrest Hamas people there. So that’s not doable. Striking the hospital is out of the question for obvious reasons. So in this case we have to just bite our tongues,” he said

Now since YLE is known for delivering half of the facts, which means filtering out the information that might reflect favorably on Israel, Kerttunen won’t be the recipient of the Tundra Tabloids Turd award, but that’s only because the full transcript of the interview is not available.
Any building that is being used to shelter the enemy, is automatically deemed a high value target unless there are extenuating circumstances, Kerttunen knows this, and I lay odds, unless he’s a total empty military suit, that he mentioned this as well in the interview. It would be good to hear him speak face to face about the subject.
If any of the TT’s Finnish readers have anything to say about Mika Kerttunen, please get into contact. KGS
UPDATE: The Israeli MFA informs the Tundra Tabloids that:
An initial non-formal inquiry came out with the finding as follows: “The building was evacuated by the Finns when the fighting came close by. When it was empty, the terrorist took cover in it and shot at the Israeli forces. This is the reason it was bombed.”