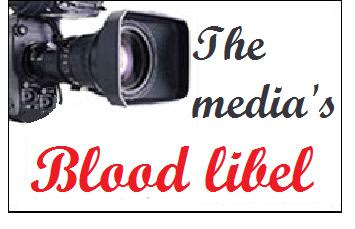 The UN and other international organizations working in the Gaza area are clearly in the bag for the Hamas, so it stands to reason that they will be only too willing to shove a few shivs into the back of Israel whenever given the chance.
We have been hearing quite a lot lately about UN vehicles and trucks delivering aid supposedly coming under fire from Israeli ground forces, but when pressed a bit further, the “neutral parties to the conflict” are forced to admit that they can’t say with certainty that Israel is to blame.
All this leads me to ask the question, “if these neutral parties observing the conflict from the side are truly neutral, why then are 100% percent of their claims being leveled at one side only, Israel? All of the reports are being filed by Palestinians, most likely Hamas supporters or affiliates that have every reason to embellish, stretch the truth or outright lie to the Western media and international organizations, in an attempt to cast Israel as the chief evil doer.
Even Norwegian doctors are in on the fix as well, with Mads Gilbert and Erik Fosse shilling for Hamas every chance they can get. The media is willingly allowing itself to be set up, and to hell with the truth, and in the event they are caught with their pants hanging around their ankles, well, just shove the faulty report down the memory hole and act as if nothing happened at all.
Blood libel 1:
Uncertainty shrouds UN driver’s death

J’Lem Post: Who killed the Palestinian driver of an aid truck and wounded two others as their convoy made its way into the Gaza Strip through the Erez crossing during Thursday’s “humanitarian cease-fire?”According to the foreign media, who based their information on UN sources, IDF tank shells blasted the truck. According to the Magen David Adom medic who claimed to have taken the Palestinians to an Israeli hospital, the truck actually came under Hamas sniper fire. The medic, who asked not to be named, said he got his information from soldiers in the field, but by press time – some eight hours after the incident – the IDF Spokesman’s Office was still unable to provide a response or to establish contact with the relevant sources in the field. Adding to the confusion, the Palestinian Red Crescent Society said it had evacuated the victims, but the MDA medic said soldiers told him they had gone in, at great personal risk, to evacuate the wounded Palestinians. What is certain is that there is one dead Palestinian, and two others being treated at Ashkelon’s Barzilai Medical Center for gunshot wounds. The incident occurred Thursday afternoon at the Erez crossing into northern Gaza, the main entrance used by aid agencies to funnel badly needed food and medical supplies into the Strip.[…]John Ging, the director of operations in Gaza for UNRWA, said via video link that “the verbal assurances have run out in terms of credibility.” “We cannot rely on firm commitments given from the Israeli side,” Ging told reporters. “To have Israeli forces on the ground firing at and now hitting convoys that have been specifically cleared – this is real-time clearance?” Ging acknowledged, however, that he could not be absolutely certain that the attacks came from IDF forces, telling a reporter who asked whether other combatants may have been responsible, “There is a conflict going on.[…]For at least seven hours, the international media were quoting a version of events that claimed the Palestinian truck driver was killed by an Israeli shell. […]According to MDA, the driver and two others, Palestinian civilians contracted by the UN, suffered gunshot wounds to the chest and upper body. In response to a Post query, a spokeswoman from Barzilai confirmed that the two surviving Palestinians were being treated for gunshot wounds.

Office for Coordination of Humanitarian Affairs says Israeli forces evacuated about 110 Palestinians into Gaza house which they then repeatedly shelled 24 hours later, killing about 30 people. IDF: UN claims unreasonable Military officials said in reponse to the accusation that “from initial examinations in the IDF there is no knowledge of any incident in which IDF forces moved people from one building to another.

“Furthermore, the claim that the building was attacked on January 4, in 24-hours after the IDF entered the Gaza Strip is unreasonable since the IDF forces had not yet reached the areas in question on this date.

“An Israeli television network examination of the matter with hospitals in the area showed the hospitals had no knowledge of such an incident.”

The fix is in, and it’s something that more and more people are becoming aware of, hence the lack of outrage coming from across the board. It’s for the most part coming from all of the predictable places, the Lefty blogs, the gullible and/or the willingly led by the nose media and Palestinian propaganda outlets.
Rule of thumb, when listening to any reports coming from the ME, you’ll do better to first, hold off on any opinion making, and wait to see what the media watchdog blogosphere is saying about any one incident in particular, especially if that incident happens to be a real headliner at the moment. If the source is Palestinian, give it the 48-72hr treatment before jumping to any conclusions. KGS