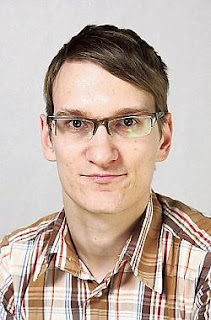 Another example of a Finnish journalist shilling for his favorite pet cause, Palestinian Islamofascism. Jukka Huusko writes an article from interviews taken over the phone because he wasn’t allowed, at least at the time, into Gaza. Taking at face value everything that was told to him, he then offers a ridiculous analysis of why Gaza is not such a nice place to live.

Jukka Huusko: “Israel’s one and a half years of blockade has made life precarious in Gaza. Many people have lost their jobs, but Hamas was able to offer them a job, for example, in the police force.”

For those of us who know better, the main reason why Palestinians increasingly have little of everything, is due to Hamas’ refusal to end the violence, funneling money into its terrorist infrastructure, and the squirreling away of fuel for itself, meant for the general public.
Huusko conveniently forgets to tell his Finnish readers that part, nor that Gaza is also being blockaded by its Muslim neighbor, Egypt, that it share its southern border with. This is not a casual error, this is a very calculated move in casting Israel as solely to blame for the misery in Gaza, not Hamas nor its supporters. It’s like blaming the Allied forces during WWII for the misery the German people suffered who supported both Adolf Hitler and his National Socialist party.
In the article, Huusko willingly take’s at face value, the words of a father whose son was killed in an Israeli strike against a Hamas compound last Saturday, he said his son was:
“just a policeman and had nothing to do with Hamas nor its armed wing“.
But again, the man’s claim is taken at face value, no matter how many times the Palestinians have been caught lying to the media. They lie and the media gladly reports it as fact, no questions asked. Really. Even if it later comes out that the story is completely bogus, the media will not correct its original faulty story because it’s considered by then to be…”old news”. The Arabs know it and use that as a strategy to its maximum advantage.
Jukka Huusko then makes sure he interviews UNWRA media spokesman and Hamas stooge, Adnan Abu-Hasna, who offers his statements of condemnation as well.
“War should be stopped immediately and open the borders for assistance. The war now taking place against those who do not have anything to do with the violence or military action,” said the UNWRA media spokesman, Adnan Abu-Hasna.”
Eh…again, Egypt controls the southern border, and yet, Huusko doesn’t think it’s necessary to include that bit of truth for his readers, who by now thinks that Israel is in complete control of Gaza.
As TINSC told me once: Egypt could provide Gaza’s entire electrical grid if it wanted to, every house would be lit, if it wanted to, sewage treatment would be cared for, if it wanted to, as well as allowing goods to cross on a regular basis, if it wanted to,….but it blockades that southern border even more strictly than Israel does the other border crossing. Huusko’s UNWRA source, Adnan Abu-Hasna, is also the same person who earlier stated in an J’lem Post article that:
“he had no knowledge regarding the programming used in Hamas’s camps.”
Such a statement is an outright lie, because EVERYONE living in the area, as well as those of us who follow these things on a daily basis, know what kind of “summer camps” Hamas is running. Abu-Hasna is a bald faced liar, and yet journalists like Jukka Huusko seek him out for background information. Sadly for the Helsingin Sanomat and its readers, this kind of journalism is par for the course. KGS
H/T Kumitonttu