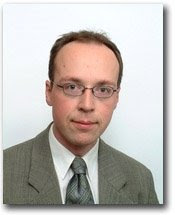 But don’t believe the charges for a moment, the police are forced to do an investigation whenever they are made, regardless of whether or not the charges have the consistency of helium.

Here in Finland, anyone who raises a voice over the state’s suicidal immigration and asylum policies, runs the risk of being labeled with the highly dreaded epithet of racist or Islamophobe, and bludgeoned over the head with the pesky racist speech laws (Finnish= “kiihottaminen kansanryhmää vastaan, Swedish= hets mot folkgrupp”).

IS: The police have begun an investigation of the incoming Helsinki councilman, Jussi Halla-aho. The suspected crime is the incitement against a racial group. -Its the correct terminology right now. We are going through all the texts once again and look to see what texts are serious, said police lieutenant Vesa Hietala of the Helsinki police department. According to Hietala, there’s reason to believe that Hall-aho has committed something against the law. I can’t say which parts in the texts are of a serious nature.”

Though the law was made with the best of intentions, it has been used however, to quiet all forms of criticism of state policies that are seen as being detrimental to Finnish society as a whole. Those people who follow the crime statistics in Finland, and consistently see one group greatly over represented in the statistics compared to the host society, and dare name that group by name, risk the full wrath of the law.

Far from being racists and bigots, the people who being singled out for “extra attention” by the state are nothing more than political dissidents in the classical sense. The state now deems free speech as being valid only when someone is “not offended”, especially if that someone does not hail from the majority.

Islamic preachers of hate can be free to rail against the non-Muslims who comprise the majority in the host society, Abdullah Tammi can be free to call my place of birth (the US) “the Great Satan” and its government “satanic”, and by default all those who support it. But the same freedom doesn’t exist for those people who point out that Islam is a dangerous ideology, and that it’s not wise to import thousands of people into Finland who believe that that ideology is sanctioned by the divine.

Once again the long arm of the law is reaching out to those who run afoul with the politically correct policies of the state, placing Finland in danger of losing its position as a state that supports and upholds free speech, which makes this state press release all the more farcical. KGS