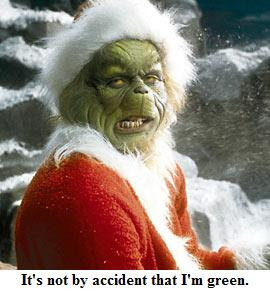 Brought to you by the same town that painted its sidewalks green in honor of Islam. And Sarajevo and the Bosnians are supposed to show the rest of us Europeans just how much Islam is a part of Europe. Yeah riiiiight. KGS
ISN: Thanks to a rather absurd, and so far unpopular, move by officials in the Bosnian capital, Sarajevo, Santa will not being coming down the chimneys of public schools this year.
Though a strong tradition for the past half a century, a decision supported by the Islamic community and the nationalist Bosniak (Bosnian Muslim) party has banned Santa from his usual pre-New Year’s rounds to Bosnian nursery schools and kindergartens to hand out gifts to children.
Arzija Mahmutovic, the director of the Children of Sarajevo public institution, which operates 24 public kindergartens in Sarajevo, has refused to organize Santa’s traditional visit, arguing that it is not in the spirit of Islam. However, she added generously, that parents were free to organize a visit by Santa on their own and outside of public schools.
Santa, also known as Grandfather Frost and much beloved by Muslim, Serb and Croat children alike, has always visited schools and companies across the country. Most private kindergartens and schools organize a visit by Santa visit and a New Year’s Eve celebration, while state-run schools play along depending on the leanings of those on their boards of directors. Judging public reaction, the majority of parents in Sarajevo are opposed to Mahmutovic’s decision.
Via Winds of Jihad.