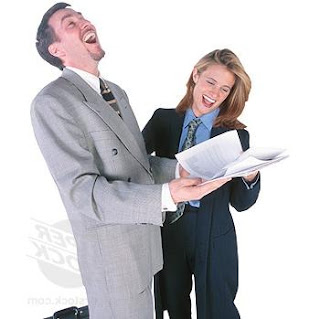 Stupid is as stupid does. KGS
THE HAGUE, 14/11/08 – Nearly nine out of 10 Islamic schools in the Netherlands spend government subsidies unlawfully. The education ministry confirmed yesterday following a report in De Telegraaf that 86 percent of the schools make fraudulent use of money.
De Telegraaf obtained a study by State Secretaries Sharon Dijksma and Marja van Bijsterveldt of Education of the 41 primary schools and two secondary schools that provide Islamic education. At half of the schools, the quality of the education is assessed as weak to very weak. At normal schools, this figure is 11 percent.
Additionally, financial mismanagement was established at 86 percent of Islamic school managements. The illegal spending ranges from salaries to ‘teachers’ who turn out to be the wives of management board members, unlawful payments for transport that is never hired and even, as already made known earlier, trips to Saudi Arabia – the school (Ibn Ghaldoun in Rotterdam) bought plane tickets for Muslims who had nothing to do with the school whatsoever.
The Islamic education “gives ground for great concern,” said Dijksma and Van Bijsterveldt yesterday. The education ministry is trying to claim back 4.5 million euros in unlawfully spent subsidies from the schools. This is an increase of 2.5 million from fraud figures previously known.
Due to the constitutional freedom of education – every religion can set up its own school at the expense of the government – the government sees little possibility of intervening. No Islamic school has ever been closed. Virtually nothing can be done against fraudulent school managers either.
Dijksma and Van Bijsterveldt hope that the Islamic schools themselves will introduce reforms. The weak and very weak Islamic schools will come under “intensive supervision” by the Education Inspectorate. And “if the position of the management board becomes insupportable, the ministry will push for the removal of the board,” they write to the Lower House.