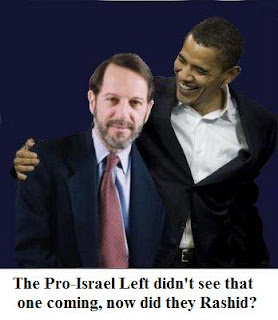 Barack Obama lied, it’s as simple as that. If any of the Tundra Tabloids’ Israel supporters believe that the next four years are going to be one of productive, and fruitful negotiations between the Israelis and the Palestinians, you are sadly deluded. It’s going to be push the Israelis into accepting Hamas, not the other way around.

The mask is slipping fast, and the One has not even placed his hand on the Bible to be sworn in as president. I am really at my wits end with those who keep holding on to the slim hope that, “it ain’t gonna be bad as all that”.

Yes, it very well could be as bad as all that. Not that people weren’t warned from the very beginning, that Obama had connections with the worst of the worst people you can imagine for a public official to be associated with. Oh well, I’ll be blamed yet again for being too judgemental, and that I should give him some time to prove himself.

Well, I wonder how anyone can tell me, no, expect me, to give someone like Obama the benefit of the doubt, when he has proven himself to be a liar. That’s right, a bald, faced liar. I wonder if the very same people expecting us to trust a lying Obama, are that naive to trust others in their own personal relationships in much the same way? Good grief.

YNET: Ismail Haniyeh’s political advisor says Islamist group met with US president-elect’s aides in Strip following online correspondence; ‘they told us not to come out with any statements so as not to harm Obama’s campaign,’ Ahmad Yousuf says.

“We were in contact with a number of Obama’s aides through the Internet, and later met with some of them in Gaza, but they advised us not to come out with any statements, as they may have a negative effect on his election campaign and be used by Republican candidate John McCain (to attack Obama),” Yousuf said in an interview with London-based Arabic-language newspaper Al-Hayat, published Tuesday. Yousuf said Hamas’s contact with Obama’s advisors was ongoing, adding that he was still on good terms with some of the aides he had befriended while residing in the US.

Debbie Schlussel says it best, and listen up folks, the woman hits the nail on the head, more times than not.
DS: “Remember Robert Malley, the pro-HAMAS, rabidly anti-Israel foreign policy advisor whom Barack Obama claimed he fired from his campaign when Malley’s extremist point of view came to light? Well, not only was that a lie–Malley was NOT fired–but Malley has been making entreaties to HAMAS on behalf of Obama for months. I’m sure all the dummies–Jewish and otherwise–who voted for this man for President won’t care about this latest news, since they weren’t bothered by Rev. Jeremiah Wright, Rashid Khalidi, Louis Farrakhan, William Ayers, and Bernadine Dohrn.”
But then again, we could all be just dead wrong about the guy and his connections with nefarious people, and he turns out to be one of the greatest presidents the US ever had. KGS