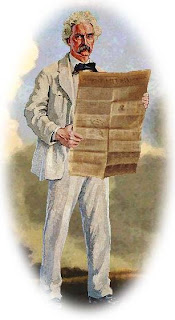 “She blamed the controversy on McCain supporters still smarting from their defeat this week. “If John McCain had won, nothing would be said about this video, doctored or undoctored,” said Harris, who is a registered Democrat“

The Tundra Tabloids was indeed the first to publish the story, and video, because the scene was very upsetting, and one could only feel sorry for the little girl, Cathy, and that’s why the TT reported on it Monday, after the Swedish documentary was discovered on Folke Rydén’s website.

So, the Tundra Tabloids published the video and story, two days before the results of the elections became known here in Finland! Nice try Diantha Harris. There is no editing in the video, it’s a straight three minute sequence taken from the documentary. If Harris is claiming that I have a doctored video, then by default, she’s claiming that the Swedish documentary was in fact doctored to cast her in a worst light possible.

Also: One of the Swedish documentary crew, Folke Rydén has come out in favor of Harris, claiming she’s being misunderstood. Yeah right, almost everyone who has viewed the video conclude she was badgering the young student, even schools Superintendent Bill Harrison thought as much.

All one has to do is look at the original and the video the Tundra Tabloids uploaded to You Tube and see if there has been any editing. There hasn’t been any, only by the Swedish film crew themselves. Also, if she (Harris) didn’t have anything to explain about, concerning her behaviour in the classroom, why did the film crew bring up the subject afterwards, where Harris is being interviewed about what was just filmed? I suspect they were as alarmed as we all were after viewing it.

Diantha Harris is grasping at straws, and should just come clean and get over it, instead of making herself into a total spectical in front of the whole world….again. KGS

NOTE: Mark Epstein gets it right! Thanks Mark, you stand head and shoulders above many who reported on this story. My thanks to you. Kudos.