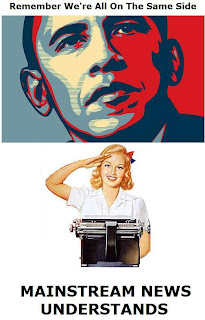 From Pajamas Media, comes this devastating critique of the US media by Michael S.Malone. Anyone who has followed the Tundra Tabloids for some time, will know that the issue of a biased news media is a common and recurring theme on these pages.
The fact that it happens and with increasing regularity, is making that very large elephant in the room, increasingly hard to ignore. Those journalists who refuse to acknowledge the truth about the present crisis raging through their profession, are going to face an insurmountable task in keeping their readership loyal.
Malone highlights the glaring lack of credibility within the MSM by focusing on how it reported the Israeli-Lebanese war, as well as how it is “in the tank” with the Obama campign. As Malone explains, there is no excuse for the news media to have dropped the ball on its profession, by its refusal to go after the news story the way a shark goes after blood.
The news media’s handling of the US presidential campaign has been shameful, and can be considered as promoting its favorite candidate, Barack Obama. But for those of us who have followed the news media’s journalistic discrepencies in detail, all of this is nothing new, but it sure is refreshing to see a journalist with generations of journalism behind him, speaking openly about the obvious.
NOTE: Retired Finnish journalist, Rony Smolar, who covered the Middle East for Finland’s YLE news organization, from Jerusalem for more than twenty years, once mentioned to me about what constitutes good news journalism. Paraphrasing from memory:
“There are plenty of good stories out there. A good journalist will not have a problem in finding them, and will follow the facts to the story, any story, and report on the findings. Following the facts, and only the facts, is at the heart of good news journalism.”
Editing Their Way to Oblivion: Journalism Sacrificed For Power and Pensions