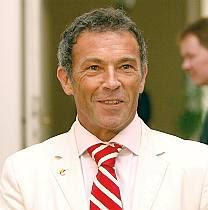 The mere mentioning of the late Jörg Haider, elicits a broad range of differing emotions, opinions and concerns throughout Europe, to simply say that he was a controversial figure in Austrian politics would be an understatement.
But yet, in spite of all that he had said and done during his life time in the Austrian political spot light, I believe that we need to hear from as many people as possible who know something about the man, in order to ascertain a more complete picture of him.
ESW happen to be such a person who knows much about the local politics in Austria, and how Jörg Haider was regarded by the people who knew him best, and whether you may agree or disagree with ESW’s understandings of the political situation in Austria and Jörg Haider, I believe that it’s neccessary to hear what the Tundra Tabloid’s close friend and colleague has to say.
One thing I’ve learned over the years in studying politics and the careers of politicians, is to ascertain whether or not the person and/or the party that they belong to have developed the ability to evolve politically over a period of time. Personally, I believe that Haider had exhibited that ability, while a local Finnish politician, for example, Erkki Tuomioja, has exhibited throughout his political career to be stuck in the same ideological rut that shaped his thinking back in the sixties.
It’s something that Israeli Ambassador to Finland, Avi Granot, himself noted in a Haaretz article in which the Tundra Tabloids was mentioned, concerning Finland’s new foreign policy shift vis-a-vis Israel.
“The significant switch in Finnish-Israeli relations came after the 2007 national parliamentary elections, after Stubb’s party beat Tuomioja’s Social Democratic Party, whose approach to Israel was a direct continuation of Finland’s foreign policy from the 1960s,”
A fact in politics: Some politicians remain philosphically moribound in failed ideologies due to both inscurity about themselves and the causes they promote. Other politicians prove themselves able and willing to not only challenge themselves, but to admit past mistakes, learn, and then move on. I believe that Haider clearly represents the latter, while too many Socialists depressingly but predictably, represent the former. KGS

A Tribute to Jörg Haider…….

A little more than a week has passed since Austrians woke up to the news of Jörg Haider’s death. And it is still very difficult to comprehend the loss of this man whose death has caused Carinthia to lapse into a collective ocean of tears. Thousands of red and white candles, even more flowers, line the streets. Thousands of Carinthians lined up in front of the governments building to pay their respects to Jörg Haider, their beloved governor (and beloved he was, despite MSM commentaries to the contrary), lying in state in a simple casket draped with red roses and a wreath bearing the words of his widow: “With love, Claudia”.

His funeral service took place yesterday, exactly one week after his death, in Klagenfurt, Carinthia’s capital. It was a somber affair, without any disruptions from “right-winged neonazis”, as was feared (and I might add, perhaps even hoped for, as it would have shown Haider’s evil nature). As a matter of fact, the service was attended by almost all members of the caretaker government, the Austrian president, governors from all other Austrian provinces (even Vienna’s mayor, who is provincial governor at the same time as Vienna is also a province, and who is infamous for his hateful words on election night).

What angered me was the attendance of Gaby Schaunig, a member of the Socialist party and former member of Haider’s government, who had staunchly opposed anything and everything Haider ever said and did. She left the government prior to the elections, saying that she could no longer tolerate working with Haider. She explained that she no longer wanted to be insulted on a daily basis. Why would someone like Schaunig attend the funeral of someone she so obviously hated? I would have respected her decision to refrain form attending more than her attendance.

She is a hypocrite.

Due to the length, the rest is viewable here.
NOTE: The TT is not ignorant of the vitriolic statements uttered by this man concerning Israel, and Jews, and offers no sympathy for them whatsoever. They were repulsive, self-defeating and totally uncalled for. That said, I know of many European Leftist leaders who have basically alluded to the same thing, yet they maintain their comfy seats in parliament and enjoy strong support from the media that pimps their policies.
Haider most definately had not yet reached a position where the TT could feel good about his politics, but at least he was taking his party in a direction in which it could have been possible. I am more interested in why Finnish Leftists (and elswhere) thump their chests in pompous indignation concerning this guy, when the same sentiments can be found in their numbers as well. Anyone note the irony in that one, or is it just me?