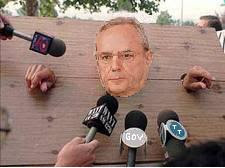 Jacques Barrot, the vice president of the European commission, and head of the ‘Justice, Freedom and Security’ directorate general, is a traitor, and someone who should be forced out of office and made to sit in stocks in the city square.

The following statements should be enough to disqualify any government official caught uttering them, from any further role in public office.

“…Yes. The demographic situation of Europe means a need for focused migration. Europe’s vocation is also to facilitate exchanges between countries. Immigration is both an economic and moral obligation…”

“…This way of seeing Islam as antagonist to European values is totally partial and erroneous. Islam is a monotheistic religion that appears to me to be compatible with our secular principles. What it isn’t, is all the fundamentalists, not only Islamic, who want to segregate and exclude other religions. Once pluralism is accepted by Islam, in Europe at least, Islam is welcome.

What is true, is that we will always fight against the fact that in the Islamic milieu, Christian communities are not always respected like they should be. But that is particular to a certain number of Islamic states, it’s not particular to Europe. Europe is in favour of religious pluralism and clearly any part of Islam that wants to be present in Europe must accept this pluralism….”

This guy is dillusional, like the fictional character Don Qioxte rushing againt the windmills, this empty suit of a politician believes that there is such a thing as an Islam (that’s universally accepted) which can be “pluralistic”.

Hey Barrot, it’s no longer called Islam if it acknowledges pluralism, just like Hamas is no longer Hamas if it acknowledges Israel.
I gave up believing in the tooth fairy decades ago, and see no sense in dabbling with fairy tales any longer. These Euro politicians are just unbelievable. KGS
H/T: Fjordman