A Tundra Tabloids Exclusive: The TT has just obtained a response from the Jyllands-Posten’s cultural editor, Flemming Rose, that addresses the claims made by the Organization of the Islamic Conference’s Secretary General, Ekmeleddin Ihsanoglu, during a seminar that took place (07.10.08.) in Helsinki last week.
During a question and answer period that followed the OIC Sec-Gen’s speech, Ishanoglu made the following false statement while addressing my comment concerning the right to insult being an integral part of freedom of speech.
The Tundra Tabloids: Well first of all, I must take exception to the remarks by OIC Sec-Gen Ihsanoglu, that “there is no such thing as the right to insult.” Contrary to what the Secretary-General says, Freedom of speech does in fact mean the right to insult. Regardless of how tasteless it may be, it is a crucial, integral part of freedom of speech, one simply can’t survive without the other.
OIC Sec-Gen Ishanoglu: 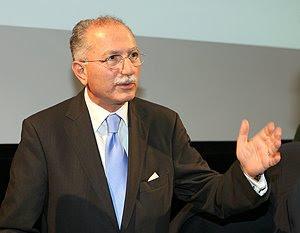 “I must then ask you one question, why did the same newspaper refuse, the same editor who allowed these uncivilized cartoons, “on my prophet”, why he did not allow publishing a similar cartoon on Jesus Christ? The same newspaper?
I’m against any cartoon, impolite, against any prophet, against any revered symbol of any religion. I have to repsect that this is part of my doctrine. But I’m asking a question, when he refuses one on Jesus and accept, and even solicit and provoke and make a competition and then publish them. Why?” 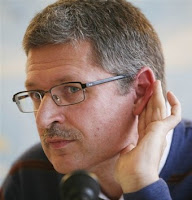 Well Mr.Flemming Rose, cultural editor of the Jyllands-Posten is having none of it. After being contacted by the Tundra Tabloids and being briefed about the claims made by the visiting OIC Sec-Gen during his time in the Finnish capital, Mr.Flemming Rose responds:
Dear Tundra Tabloids, thanks for calling my attention to this seminar and the OIC secretary general’s speech. Of course, it isn’t true that we won’t publish cartoons of Jesus. We did so before and after the cartoon crisis, and there was no competition.
Unfortunately, too few people are willing to challenge the OIC, but it’s my hope that people will wake up as the preparations for Durban-II become known to a wider audition. That seems to be the case in Denmark, at least.

best wishes,
flemming So now we have it on record that the Secretary General of the largest Islamic organization in the world, is spreading lies in Europe. Fjordman has already been on record denouncing the OIC Sec-Gen as a liar, for co-opting European culture as well as pointing out its common roots with Islam.

Fjordman: “We have nothing in common. The idea of a “shared monotheism” is false. Christianity and Judaism are NOT like Islam. The concept of Jihad is unique to Islam, and no more appalling person than Muhammad has ever founded a major religion. If we look at the Greco-Roman legacy, it consists of several elements. One is Roman law, which is secular and changeable, unlike sharia which is eternal and institutes a religious apartheid system. Roman law was used by Europeans, but not by Muslims. Of the Greek heritage, Muslims even during the so-called “golden age” were uninterested in the concept of democracy, or men ruling themselves according to man-made laws. They never showed even the slightest interest in the Greek artistic legacy, and the Greco-Roman tradition of theater was also rejected by Muslims. There was no Muslim Shakespeare because there could be no Muslim Shakespeare. The only part of the Greek tradition Muslims showed any interest in was the scientific tradition, which they did use to some extent. But even that they failed to internalize and make their own.”

Here is the video of OIC Secretary General Ekmeleddin Ihsanoglu lying to the Finnish people before the Tundra Tabloids’ own camera. You be the judge yourself. KGS

Remember folks, this is the guy who heads the largest Islamic organization in the world, and he claims that there is no such thing as Islamic antisemitism. 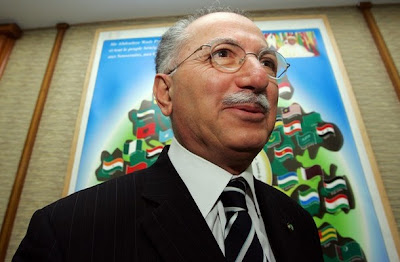 Ishanoglu in Helsinki: I pray for all prophets including Moses, Jesus and Mohamed. So you cannot speak about any Muslim, good or bad, as anti-Semitic, this is a theory, this is not the case.
Thanks for clearing that up Ihsanoglu, we all feel much better now. KGS