Newsweek “investigative journalist” Michael “Isik-RIP-off“ steals Atlas Shrugs’ hard work while giving her none of the credit. What a slime ball, and he can’t even get the story straight either.

All of our hard work pays off. Finally, the RNC has stepped out of its self induced coma and is taking some action.

I have been exposing these egregious acts since July (Obama’s Contributions: Foreign and Domestic) and nothing has been done, and the media has averted it eyes.

The RNC is a tough party to support. They are so lethargic.

UPDATE: Newsweak has it here – cites all my work, doesn’t citrecords show they did not. Also, they do not point out that e Atlas Exclusive (typical big media pigs). And the got it wrong.

Isikoff is taking plagiarizing lessons from Biden. The Newsweek article includes statement by the Obama campaign that they returned all the money from Palestinian brothers. The they sent the tee shirts to GAZA. The brothers had them and sold them.

Lets face facts, on the average, the main stream news media -in the US and abroad- is a very lazy lot. The news media is supposed to be the vanguards of free speech that prides itself in reporting the news, factually, fairly and without bias.

They are also supposed to give creditation to the work of others, not to pilfer it for themselves and pretend its the product of their own hard work. Pamela has the whole story here.

The Tundra Tabloids awards Newsweaks‘ ace investigative journalist, Michael Isikoff, the Tundra Turd, for his low life journalistic practices. You may fool your bosses, but not the rest of us. Sit on that one Isik-RIP- off, for you so justly deserve it. KGS 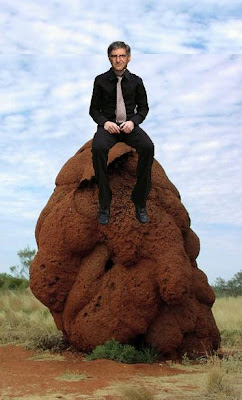 NOTE: Read Michael Isikoff getting his butt handed to him over at Front Page Mag, the man simply lacks the proper journalistic tools to do effective investigative journalism. He’s a hack.