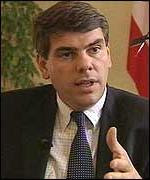 Flemish politician, and a leader in the Vlaams Belang party of Belgium, Filip Dewinter, delivered a sterling speech at a memorial for the late Orianna Fallaci, in Firenze last weekend.

Oriana Fallaci was an Italian journalist who passed away two years ago, who became famous for her interviews with a host of international celebrities, such as Henry Kissinger, the Shah of Iran and the Ayatollah Khomeini, etc.. She is also famous for her criticisms of the Pope and the Catholic Church, but also for her views on Islam, and on the present day politics of Europe that she saw as promoting its own colonization and Islamization by Muslim immigrants.

Filip Dewinter has drawn fire from every quarter for his views on Islam and an unfettered open ended immigration policy by the political mandarins in the higher echelons of power in both (the artificial construct) Belgium and on the EU level. Fallaci’s insight on what is at stake for Europe’s future, is as relevant today as when she wrote and spoke about it herself. Don’t let the multiculturalists fool you, it has never been about race or ethnicity, but about the threat of Islam’s monoculture which Dewinter correctly describes as a “stagnant pool”.

Highly ironic don’t you think, that European multiculturalists are championing diversity with a policy that focuses on its own colonization by a people who cling to a monoculture ideology.(Read= no tolerance for others). KGS