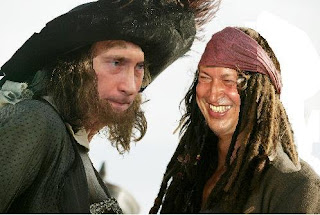 The Caribbean will once again be an area of unwanted ships sailing the high seas. The Venezuelan/Iran/Hezbollah and now Russian nexus is all to clear, the lines are being drawn in the sandy beaches along the coast of the sunny Caribbean.
CARACAS (al-Reuters) – Several Russian ships and 1,000 soldiers will take part in joint naval maneuvers with Venezuela in the Caribbean Sea later this year, exercises likely to increase diplomatic tensions with Washington, a pro-government newspaper reported on Saturday.
Quoting Venezuela’s naval intelligence director, Salbarore Cammarata, the newspaper Vea said four Russian boats would visit Venezuelan waters from November 10 to 14.
Plans for the naval operations come at a time of heightened diplomatic tension and Cold War-style rhetoric between Moscow and the United States over the recent war in Georgia and plans for a U.S. missile defense system in the Czech Republic and Poland.Cammarata said it would be the first time Russia’s navy carried out such exercises in Latin America. He said the Venezuelan air force would also take part. Venezuelan President Hugo Chavez, an outspoken critic of Washington, has said in recent weeks that Russian ships and planes are welcome to visit the South American country.
“If the Russian long-distance planes that fly around the world need to land at some Venezuelan landing strip, they are welcome, we have no problems,” he said on his weekly television show last week.”

My my, how the times have changed. As a former second class signalman on board the USS Dewey in 1979, yours truly participated in a six month deployment (UNITAS XX) that sailed around S.America, carrying out joint naval exercises with a number of S.American naval forces, including Venezuela’s.

Hugo Chavez is the closest thing to a fascist dictator we have seen in a long while, who has taken a once prosperous state and turned it into a real banana republic. Is there any doubt now, which side the Russians are actually on? KGS