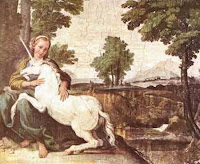 The prolific writer Fjordman, delivers a critique of Daniel Pipes’ assertion that “moderate Islam is the answer” to its radical cousin, in an exclusive report over at Pamela’s blog, Atlas Shrugs.
What can I say, I’m caught in the middle of this one, knowing both gentlemen personally, -and have found them both to be intelligent, intellectually honest and fully capable in presenting their points of view and analysis- I am left with the only possible course to follow:

Let the facts and logic behind their points of view dictate the outcome, and may the best analysis win. After all, we are all on the same side here, we all want to see jihadism fail, sharia law defeated everywhere it raises its ugly head, and “modernist Muslims” prevail. But how can it all come to pass, what are the historical precedents that give us any measure of hope that such a thing (reformed Islam) is even achievable?

Fjordman takes the difficult task in giving an intellectual critique of the analysis of a man that many, if not most of us in the Counter-Jihad, deeply respect and admire. It’s not an easy position to place himself in, but Fjordman does so willingly, because he must. Unlike in the Islamic world, here in the West, it’s taken for granted that all ideas, assumptions and claims need to be challenged, vetted, and on the basis of that vetting, they either stand or fall. It’s that simple.

I urge anyone reading this post to take the time needed to explore the thinking behind Fjordman’s latest exegesis of “moderate Islam” holding the answer to Islamic jihadism. We owe at least that much to ourselves. KGS

Fjordman August 21, 2008I do not believe that there is such a thing as a moderate Islam, and have been quite clear about that since I started writing. I disagree with observers such as Dr. Daniel Pipes on this particular point. I’d like to say to Pipes that I enjoy much of his work. I have linked to it a number of times before and intend to do so in the future as well. However, I get increasingly disturbed by how many people keep repeating the mantra of reaching out to “moderate Islam” when I have yet to see a single piece of evidence that a moderate Islam actually exists.

When asked about where to find a moderate Islam, Daniel Pipes has repeatedly referred to the late Sudanese scholar Mahmud Muhammud Taha, whose ideas are available in English in the book The Second Message of Islam. Taha’s disciple and translator Abdullahi Ahmed An-Na’Im, author of the book Toward an Islamic Reformation, has this to say about the ideas of his teacher: “[T]he Medina message is not the fundamental, universal, eternal message of Islam. That founding message is from Mecca. So, the reformation of Islam must be based on a return to the Mecca message. In order to reconcile the Mecca and Medina messages into a single system, Muslim jurists have said that some of the Medina verses have abrogated the corresponding earlier verses from Mecca. Although the abrogation did take place, and it was logical and valid jurisprudence at one time, it was a postponement, not a permanent abrogation.”

Because of this, An-Na’Im thinks that “The Mecca verses should now be made the basis of the law and the Medina verses should be abrogated. This counter-abrogation will result in the total conciliation between Islamic law and the modern development of human rights and civil liberties. In this sense we reformers are superfundamentalists.”

I have read the books of both Taha and An-Na’Im closely. I find that their writing sounds better the first time you read it than it does the second time. For instance, Taha suggests that the reason why Muhammad and the early Muslims “had to” murder so many people was because these individuals didn’t accept Islam peacefully. Not only does Taha not indicate that he thinks this was wrong, he describes armed Jihad as a “surgical tool” which can be used to implement true Islam. He hints that this hopefully won’t be needed now because people are “mature” enough to know that Islam is good for them and will submit without coercion.

What happens to those who don’t like Islam and have no intention of submitting? Taha doesn’t say, but judging from his writings, he seems to believe that violence is justified against such people. It is hard to see in what way this is supposed to represent a “reformist” way of thinking. According to orthodox Islamic theology, Muslims are not allowed to physically attack non-Muslims unless these have first been invited to embrace Islam yet have failed to do so, in which case they are fair game. In other words, Muslims should try to convert people peacefully first and then start killing them afterwards if they refuse. Taha thus advocates a traditional concept of Jihad, one not qualitatively different from that espoused by Jihadist terrorists such as Osama bin Laden.

Although Taha resembles an apologist for Jihadist violence, he was still considered so unorthodox by traditional Muslims that he was executed as an apostate. Besides, his ideas are built on questionable “truths” about the Koran. Consider what the German professor Christoph Luxenberg claims in his pioneering work: More here.