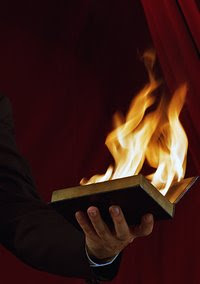 There are so many layers of irony and tragedy to this story, epitomized most of all by the feckless Ms. Jones who not only romanticizes pedophilia (as observed aptly by Diana West), and polygamy, but seems utterly unaware that she is doing so having adopted in her own warped fashion—albeit, not “deferentially” enough—an apologetic narrative for Islam’s foundational (and living) debasement of women. Thus her “narrative” dramatization has Ali (who became the fourth “Rightly Guided Caliph, revered by Shi’a) utter to a “nervous and faint” Muhammad, “Wives are easily acquired. You will find another child-bride.”