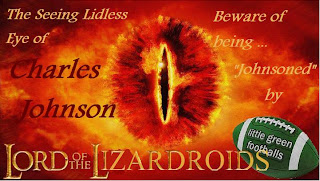 “Pamela and Robert Spencer have been railing against Totten’s discussion of moderate Muslims. I expected as much from Pamela but hoped for better from Mr. Spencer./I hope I’m not causing trouble here. Just sayin’.
[…]
I find it odd that he would give space to a article attacking Totten. I really think Totten is right on this one; he’s been to the area and know what’s going on. For Spencer to give space to some arm chair idiot who’s never been to the region seems odd to me. Kosovo is going to be a strong a reliable ally to the US, I don’t think there’s much doubt about that. Spencer is wrong on this one.”

It always starts out like that, innocent like, but with the real intention to malign the victim from the very beginning. In response to a LGF’s publication of a series of Michael Totten’s posts on Kosovo, Robert Spencer has posted a number of Julia Gorin’s writings at Jihad Watch, that take an opposing view of what Totten is promoting.

Totten has come to the conclusion that Kosovar Muslims are indeed moderate to the point of being “non-Muslims”, and both Gorin and Spencer are not convinced. Far from it. Robert Spencer posts on the recent flap with LGF due to his not being convinced that Kosovars are the first Islamic “moderate” state (in waiting). How dare he!

Robert Spencer: “My contention has always been consistent on this: that even in a secularized nominal Muslim population (eg Kosovo), granting that point leaves the door open for the radicalization of those who decide at some point that they wish to recover their faith or live it more fully. There is no Moderate Islam for such people to get into, analogous to Reform Judaism — there is no Reformed Islamic Mosque to go to, no history of non-literal understandings of the Qur’an and Sunnah. The only Islam they can recover, should they choose to recover Islam rather than being “not really” Muslim, is the supremacist variety.

Does this mean that the secularized Kosovars cannot be depended upon as American allies? Time will tell, but their vulnerability to jihadist recruitment proceeding on the basis of the jihadist claim to Islamic purity cannot be ruled out as unappealing to them forever, precisely because their own cultural Islam lacks a theological foundation within Islamic tradition.
The statement “we are Muslims, but not really” indicates that they believe that they aren’t quite true Muslims now — and that is what makes for the vulnerability.”

Alas dear Mr.Spencer, when the “Lidless Eye” begins to look your way, even your best credentials are not enough to turn back its gaze. Time to move on. KGS

NOTE: More on “moderate” (fuzzy and warm) Balkan Muslims. The Baron tells us that “Sarajevo Joins the Ummah“.

It’s not just the Serbs and the Croatians who say so, but the Muslims as well: Sarajevo has become a Muslim city. According to AKI:

Sarajevo, 6 August (AKI) — The Bosnian capital of Sarajevo, once a symbol of ethnic diversity, has become an entirely Muslim city, a Croat deputy in the Bosnian Parliament, Branko Zrno, said on Wednesday.“Sarajevo definitely isn’t a multi-ethnic city, but the city of one group, the Bosniacs (Muslims), “ Zrno told local media.He pointed out that Serbs and Croats in Sarajevo have no institutional protection, and continue to leave the capital.

This is the usual pattern: once the population of Muslims in a given area passes a certain percentage — and it’s well under 50% — the harassment, physical attacks, and intimidation of Muslims against non-Muslims increase dramatically. The quality of life degrades; the streets become unsafe; unveiled women are more at risk of rape. So naturally those non-Muslims who can leave tend to do so, and a once-normal European city becomes a miniature Beirut.