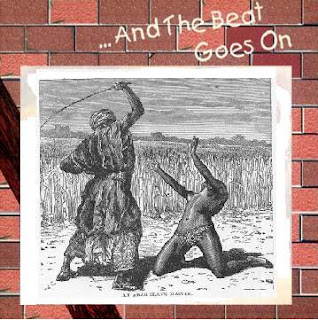 Real institutionalized torture going on…and it ain’t happening in Gitmo!
And all the anti-Israel nay-sayers are out in full force condemning the Palestinian “leadership” for its everyday “business as usual” use of brutal torture?

RAMALLAH, West Bank (AP) — One detainee told of being beaten with pipes and having a screwdriver rammed into his back. Another said interrogators tied his hands behind his back then lifted him into the air by his bound wrists.

The findings emerged as the two sides carried out fresh arrest sweeps in the West Bank and Gaza — highlighting deep tensions in the Palestinian territories after a flare-up in violence over the weekend. In the West Bank on Monday, the security forces of Palestinian President Mahmoud Abbas rounded up more than 50 suspected Hamas supporters, including mosque preachers and intellectuals, in retaliation for a similar sweep of Fatah loyalists in Gaza, set off by a bombing that killed five Hamas members Friday.

Hamas violently seized power in Gaza in June 2007, leaving the Islamic militant group in charge of the coastal territory and Abbas’ forces controlling the West Bank. The Palestinian human rights group Al Haq said Monday that arbitrary arrests of political opponents have been common since Hamas’ takeover of Gaza, with each side trying to defend its turf.

“Arrests for political reasons haven’t stopped for a second,” Al Haq director Shawan Jabarin told reporters. He estimated that before the latest sweeps, more than 1,000 people had been seized by each side.

An estimated 20 to 30 percent of the detainees suffered torture, including severe beatings and being tied up in painful positions, said Jabarin, citing sworn statements from 150 detainees.
He said three died in detention in Gaza and one in the West Bank. “The use of torture is dramatically up,” added Fred Abrahams, a senior researcher for Human Rights Watch, a U.S.-based group that is releasing its own report on abuse this week.”

Some how, and with a twisted form of logic, Israel will be blamed for this, just you wait and see. *L* KGS

H/T: TINSC :”I suppose all the “peace” and “human rights” activists will now start a boycott movement to protest the “widespread” human rights abuses. Eh?”