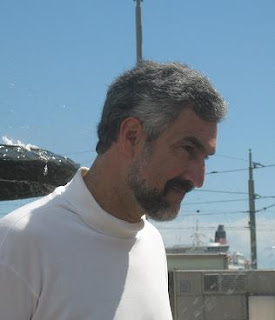 The interview of Dr.Daniel Pipes has made history here in Finland, nothing like this has ever made the pages of a Finnish news organization before. Really!

As I have mentioned on countless occasions at the TT, the Finnish news media pretty much shuns other alternative voices on Middle East issues. We are constantly spoon fed the same old tripe, day in and day out, all coming from the same ideological viewpoint.

Articles written by Middle East experts such as for example, Dr. Daniel Pipes, Prof.Barry Rubin and Prof.Efraim Karsh are never published in the Finnish news media. They are never even seriously considered, because they deliver a completely different point of view on the key issues of the day in regards to the Middle East and Islam.

How intellectually stimulating is that?

If the Finnish news media is serious about keeping its readership “knowledgeable”, one has to ask why is it that, they refuse to let the people decide what is worth while and what isn’t? Why is it that the media finds it necessary to package every issue regarding the ME and Islam in such a way that, there can only be one perspective? I believe that the people here have had enough!

For many of the TT’s non-Finnish readership, this kind of news reporting wouldn’t raise an eyebrow, because where YOU live, most likely there is -at least to some extent- competition within the various news media. Here in Finland the media follows the same ideological line with what could be labeled as a “herd mentality” thinking, and as far as I know, only Uusi Suomi has dared to show the way with this kind of hard hitting journalism.

Uusi Suomi has shown the ability to “think outside of the box”, and allow competing voices to be heard, like Iivi Anna Masso. How rare indeed. US and Masso have lifted the journalistic bar very high for the rest of the Finnish media, the only question is, will they rise to the challenge or just pretend that the interview never happened? Check out some of the comments to the interview.

Truly moving. Thank you Uusi Suomi, and a special thanks to Iivi Anna Masso. NOTHING like this has ever been published before in the Finnish media. Can anyone answer me why the Helsingin Sanomat or any other large subscription newspaper or internet paper can’t handle these issues with the same kind of honesty that Uusi Suomi now does? Why in the hell are these important issues sidelined on TV, on radio and especially in the politicians comments. […] Thanks still to Iivi & Uusi Suomi. The interview translated into Finnish wich brings credibility to the Finnish media is historic.

The TT was very glad to lend a hand in getting this one into the history books. *L* KGS
NOTE: As soon as it is published in a major English speaking online news organization, I will then publish the interview in full. Patience please.